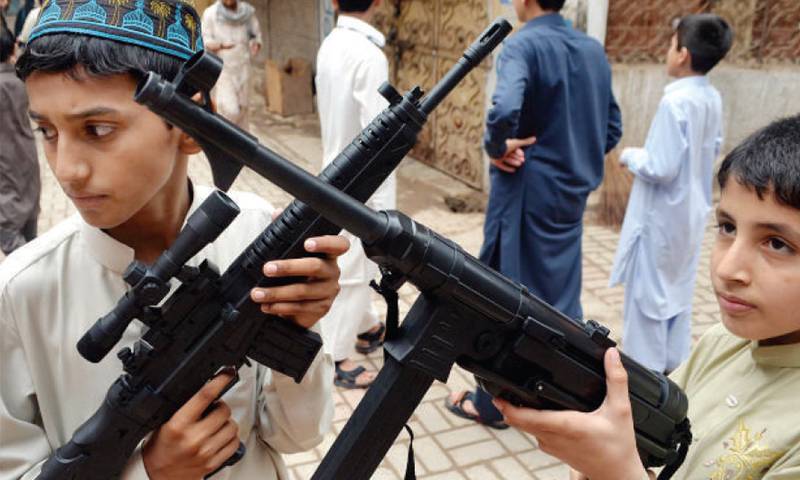 SWABI - Locals have demanded a ban on the sale of toy guns which have inundated the local markets on the occasion of Eid-ul-Fitr, complaining of the negative impact they have on the psyches of children.

They urged the government to immediately ban the sale of toy guns, Dawn reported.

A number of parents, mostly educated, have already resisted buying their children toy guns, despite their abundance in the market.

“My son wanted me to buy him a toy Kalashnikov, but I refused,” Abdul Latif of Maneri said.

“Sale of toy guns should strictly be prohibited as they closely resembled the real guns,” Mohammad Qamar, a retired teacher, said.

Shad Zamin of Swabi city said: “I don’t want my children to run after each other, pretending to open fire and kill each other with toy guns.”