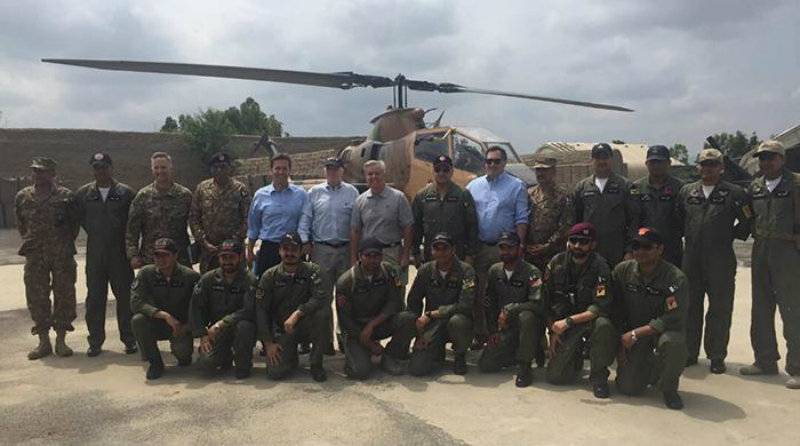 The US delegation also visited Miranshah and other areas cleared of terrorists during Operation Zarb-e-Azb and said the effects of the operation were visible in North Waziristan.

McCain also lauded Pakistan's role against terrorism. The US delegation also commended the rehabilitation work being carried out by the Pakistan Army to resettle those displaced in their area with dignity and honor.

The delegation also met with wounded soldiers and officers who were seriously affected during the initial phases of Operation Zarb-e-Azb and are now back on the battlefield voluntarily.

The US Senators appreciated the determination and grit of all affected Pakistani soldiers and their unparalleled sacrifice for their homeland.

According to a statement released by the Foreign Office, Senator McCain and his colleagues deeply appreciated the enormous success achieved by Pakistan in its counter-terrorism campaign during a meeting with Pakistani diplomats in Islamabad.