"What has been done to them is shameful": Game of Thrones stars condemn treatment of Syrian refugees 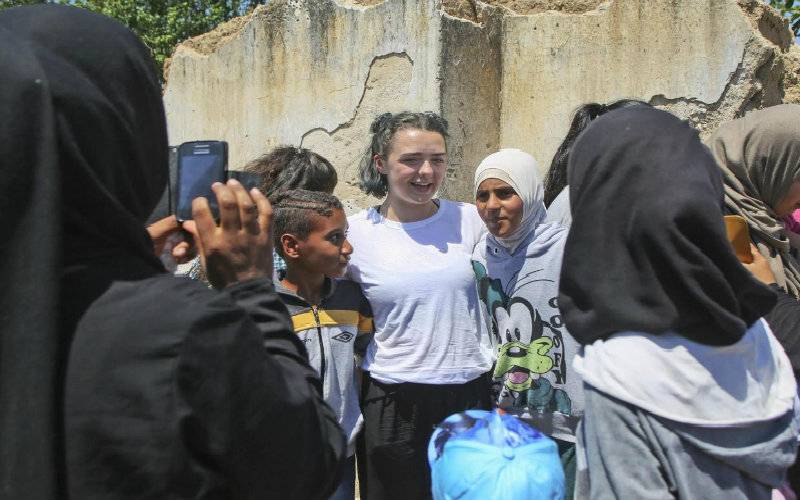 GREECE: Game of Thrones stars visited a Syrian refugee camp in Greece to express solidarity with the refugees and call on the world to take more responsibility for their plight.

Lena Headey, Maisie Williams and Liam Cunningham called on EU leaders to do more to help Syrian refugees as they visited the families stranded in Greece.  "The enormity of the loss of humanity that's at stake you know, if we don't do something" Headey said somberly.

I have met some incredible, strong people today. People who need us to stand in solidarity.

Upon meeting a young  Syrian actor at Cherso in northern Greece, Maisie Williams said: “For me it is about the children ... children with so much potential, so many hopes and dreams. Where is the humanity that makes it acceptable for them to languish in refugee camps – in Europe?”

“We now feel like it is our responsibility to take their stories and change the perception of these people,” she added.

She explained that most refugees were like ordinary people and wanted to live in their countries, but could not because they had been torn apart by war, which was primarily driven by the West.

Actor Liam Cunningham said: "There are people in these camps who are oncologists, judges, successful people who have had everything taken away from them."

Cunningham also spoke of the fear felt by Afghan and Syrian fathers. He said: “This is not an earthquake, this is not a tidal wave. This is a man-made crisis: 57,000 stranded in Greece. Refugee camps in Europe? Is this truly the standard EU leaders want to set as the way to respond to the global refugee crisis?”

"Look, Look what you have done," he added, presumably speaking to leaders of major world powers.