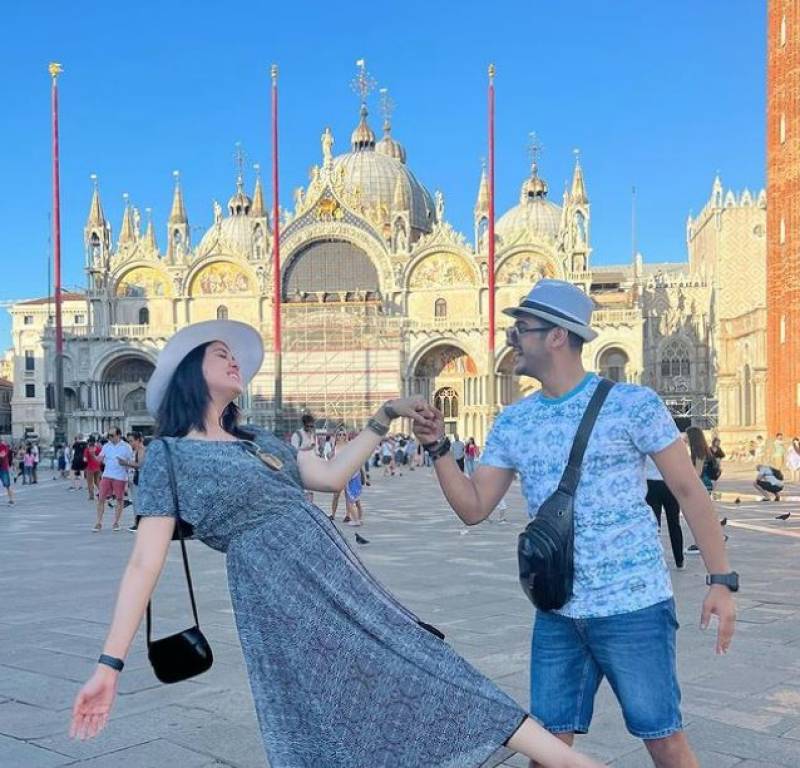 The duo remains the cutest couple in town, despite the criticism thrown their way. Lately, Kanwal and Zulqarnain are oozing adorable chemistry in their pictorial outings at some of the exotic locations of Europe including Switzerland, Italy, and Paris.

The celebrity couple is known to be globe-trotters as they frequently spotted exploring foreign countries. This time around the couple decided to spend their vacations in Europe.

Besides having a lifetime experience, the couple is also documenting their trip while leaving their fans awestruck with the delightful clicks.

Earlier this year, Kanwal and Zulqarnain revealed that they are expecting to welcome their first baby. The two tied the knot in January this year.

Stars are being trolled left, right and centre and the latest duo to become the victim of insensitive comments and ...