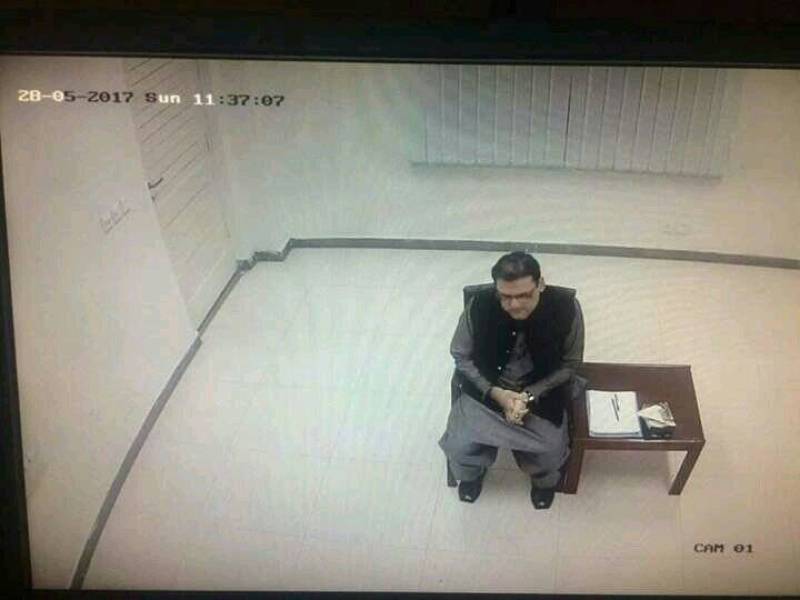 However, it is immensely intriguing as to who leaked the footage from inside the interrogation room as it makes the JIT susceptible to speculations over its credibility and arrangements of security. It can be very likely that someone from inside the building leaked the footage as an outsider doesn't have any access to such data amidst the strict security arrangements.

Strict security arrangements are made for the security of Hussain Nawaz at Federal Judicial Academy and its adjacent locality.

Hussain Nawaz appeared before the JIT May 28 for the first time at the federal judicial academy and faced a barrage of questions for over two hours.

He made his second appearance on Tuesday (May 30) where he was interrogated for hours. During the hearing, Hussain Nawaz was provided urgent medical care after his blood sugar level dropped following the hours-long interrogation.

For third time in five, Hussain Nawaz reached Federal Judicial Academy on Thursday (June 1) to appear before the probing team.

Hussain made his fourth appearance on 3rd June.

The JIT is investigating the global financial dealings of PM’s family in light of the Supreme Court's April 20 judgment.