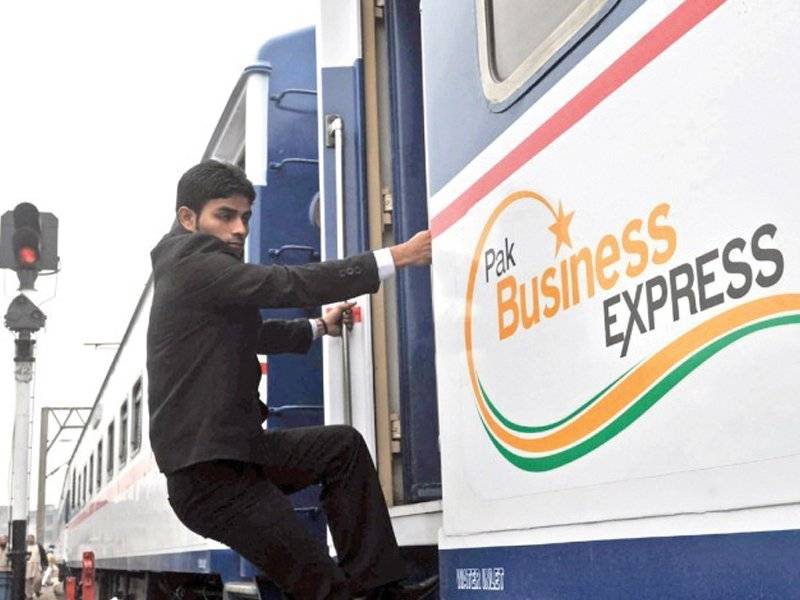 Marketing is considered a significant tool to execute a pivotal role in revenue generation, which helps the business to grow exponentially. Scalability-quality of a business explodes when the marketing tactics are being struck on a bullseye.

The focal point of research is to discover and critically evaluate the potential and performance of Outdoor advertisements on Trains in Pakistan. Before jumping to Pakistan precisely, Transit advertising needs to get an overall evaluation. Train advertising has been considered a potent platform for advertising campaigns in Europe. Discussing it benefits, the train advertisement provides a longer exposure of advertisement to commuters being the consumers as on railway stations the advertising billboards and digital targets the waiting passengers and most importantly the vinyl flex-wrap on train runs the advertising campaigns. Stand-by trains and continuously in-out of trains in the station efficiently attract the consumer and provide videos with a productive ROI.

Moreover, trains advertisement engages multi-national brands to invest and build up a pathway for both private and government sectors to exploit revenue generation. In Finland, the subway stations and trains were given to the private sector to advertise which in return gave an overwhelming response qualitatively and quantitatively.

So the further task is to prove the potential of OOH-train advertisement in Pakistan, if we try to map all the western qualitative and quantitative research on Pakistan’s advertising industry, the time throws us back to 2014 when Ex-Minister of Railway Mr. Saad Rafique initiated the pilot projects for using OOH-train advertisement to generate revenue to overcome losses and debts of Railway Department. The test phase was instigated on three trains Tezgam, Khyber Mail, and Awaam Express with the objective to advertise the seats, inner wall, and toilets. However, the pilot project produced an inefficient and impracticable report. According to the report, the Train advertisement is not feasible to implement in Pakistan.

Failure of OOH-Train advertisement in Pakistan was discussed with officials of top marketing agencies of Pakistan. In an interview with the Head of Planning and Media Buying, Mr. Aslam Yousuf, KINETIC-OOH (Largest International Marketing Agency of Pakistan) the potential of train advertisement and its efficiency was discussed in-depth, where he revealed astonishing facts and quantitative analysis to prove the productivity and hindrances. In my question, why outdoor train advertisements have failed in Pakistan? He explained to me the railway track system which makes the campaigns unfruitful, as the railway system of Pakistan has been working on old school techniques defined centuries ago by the British.

The Railway tracks are laid in areas specifically outside the populated areas and nearer to slum areas, to some extent. The advertisement campaign's main objective is to target the population which is the consumer community which builds up a prestigious market for traders to be precise the consumers are falling in the bracket of the lower middle class to the elite class. These all objectives are hindered by the railway track web which only can influence a small consumer market or poor population and can’t offer an efficient ROI. The purpose of campaigns is not executed according to the plans which results in a waste of resources.

Furthermore, Mr. Aslam stated that the unproductive results incurred when in a pilot stage they tried to advertise in 2014, as the vinyl flex displayed were lacking visibility and readability while trains were in a stationary position on stations. So overall the campaign is declared uneconomic and not viable to run in the future. The most important factor that Mr. Aslam highlighted was the poor and old school structure of trains. The exterior structure is not considered compatible to display the digital screens and advert wraps. Likewise, the interior is built up on incapable architecture which portrays the obstacles for advertisement. Moreover, the unfortunate scenario arises in Pakistan, where the crime rate discourages the installation of high-resolution digital screens at railway stations and inside trains. Whereas most of Pakistan’s population is illiterate according to the international standards so the devices can’t be user friendly and might incur losses for the investors.

Further during the in-depth discussion with Mr. Aslam, a staggering fact regarding the Supreme court’s verdict was referred that the Ex-Chief Justice of Pakistan, Mian Saqib Nisar 2018 took a sou motto on advertisement campaigns on public properties and gave a verdict to uninstall all the billboards and digital screens from the public property owns to the provincial government.

This verdict discouraged the marketing agencies from current and future advertisement development and unfortunately, the companies incurred huge losses that are still haunting them in the deprived economy of the state. Railway Stations were part of the domain defined by the honorable CJP so all the future planning regarding transit advertisement was dissolved and the billboards on the station were taken off.

The advertisement campaigns were directly affected by the decision, making it difficult for the marketing agencies to strive. Provincial governments were also not happy with the decision as it reduced the revenue generation through taxes. Later, the SC decision was turned around to some extent, which provided room for the advertisement campaigns to run on public properties.

Moreover, Mr. Aslam revealed astounding information that being a prominent figure in Marketing Industry, he approached the higher authorities for the proposal to exploit Orange Line Station and Trains for advertisement campaign purposes. The Company Kinetic-OOH presented the feasibility and potential report to the government officials to instigate a project to use Orange Line Project for advert campaign running.

Unfortunately, multiple proposals were rejected by the Government, without giving any solid reasoning.  Paths were different by the marketing agencies proposed but the result was the same, a dead rejection. Aslam further said that the orange train meets the standard requirement for advertisement due to its modern design and systematic development of the station which would secure the advertising platforms and campaigns to a considerable extent.

Apart from the train advertisement, Mr. Aslam stated that the there is great potential in transit marketing, whether to use vehicles, trains, or even airplanes to advertise or the metro bridges can be utilized for running campaigns, which would generate good revenue to share within both private and public sector. Mr. Aslam shared an example of Peshawar BRT stations which are rented out by the KPK government for running advertising campaigns.

A similar, project can be mapped onto Lahore Orange Line Train and Metro Bus, but the local government is not interested to investigate this expected revenue generation stream for sake of future developments.