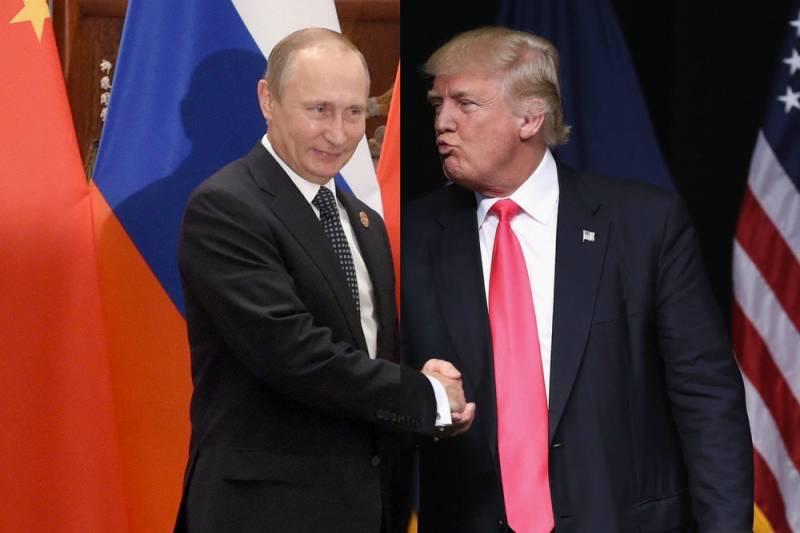 WASHINGTON - US President Donald Trump talked to Russian counterpart, Vladimir Putin for more than an hour on Friday, discussing a host of issues, the White House confirmed.

According to the official statement, the leaders discussed the possibility of a new nuclear accord, North Korean denuclearization, Ukraine and the political situation in Venezuela.

“Had a long and very good conversation with President Putin of Russia,” Trump Tweeted, highlighting the issues discussed including Special Counsel Robert Mueller's investigation of Russian meddling in the 2016 U.S. presidential campaign.

White House spokeswoman Sarah Sanders told newsmen that Trump and Putin talked about the possibility of a new multilateral nuclear accord between the United States, Russia and China, or an extension of the current US-Russia strategic nuclear treaty calling it an “overall positive conversation.”

The two leaders briefly talked about the Mueller report that concluded Trump did not collude with Russia for paving his way to the Oval Office.

The Mueller probe discussion was “essentially in the context of that it's over and there was no collusion, which I'm pretty sure both leaders were very well aware of long before this call took place,” Sanders said.

With the United States concerned about a Russian military presence in Venezuela at a time when Washington desires Venezuelan President Nicolas Madwort to leave charge, Trump told Putin “the United States stands with the people of Venezuela” and stressed he wanted to get relief supplies into the country, Sanders said.

On the other hand, Kremlin highlighted that the call was initiated by Washington. It said the two leaders agreed to maintain contacts on different levels and expressed satisfaction with the “businesslike and constructive nature” of the conversation.

According to an official statement by Moscow, Putin told Trump that any external interference in Venezuela's internal business undermines the prospects of a political end to the crisis.

The Kremlin said the two sides confirmed they intended to “activate dialogue in various spheres, including strategic security” adding that Putin told Trump that the new leadership in Ukraine should take steps to solve the Ukrainian crisis.

Trump also raised with Putin the issue of getting North Korea to dismantle its nuclear weapons and ballistic missile programs - an issue on which Trump has kept his focus on ever since assuming the presidency.

Sanders said Trump mentioned several times “the need and importance of Russia stepping up and continuing to put pressure on North Korea to denuclearize.” The Kremlin said both leaders highlighted the need to pursue denuclearization of the region.

During an April summit with Kim in Vladivostok, Putin expressed Moscow's support for a gradual process of trading disarmament for sanctions relief.