It's official: India is sending its smog to Pakistan according to NASA 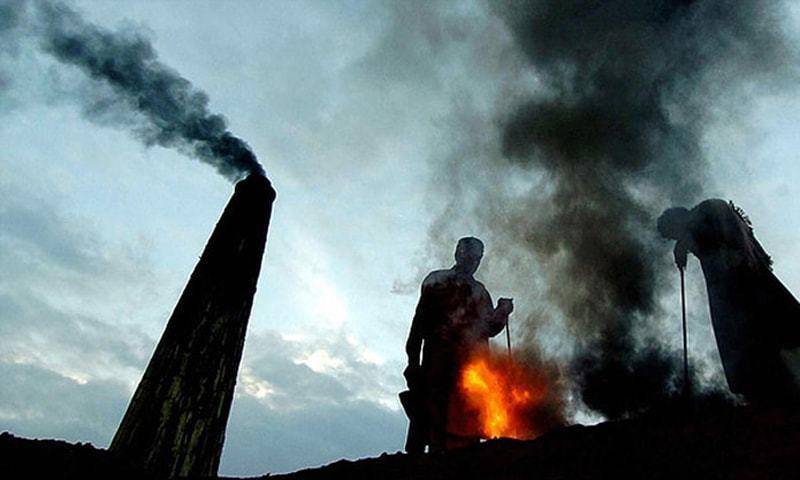 LAHORE - The persistent spell of the toxic smog that looms over Lahore and other parts of Punjab is not essentially a by-product of pollution produced within Pakistani boundaries but is largely contributed by a perpetual rival - India, NASA observed in its forecast.

A forecast by NASA points that high levels of "fires and thermal anomalies" in Pakistan are caused by a colossal amount of toxic haze rolling into Pakistani Punjab from Indian Punjab, putting millions at risk.

The smog that heretofore was thought to be an offshoot of vehicular and industrial emissions in Pakistan has its origins in Indian soil, a fact that many experts had already speculated.

The report says that the pollutants are from staggering amount — 32 million tons (30 billion kgs) of leftover straw — being burnt by Indian farmers, which is an age-old practice.

Delhi was engulfed by a blanket of thick smog, causing poor visibility with the air quality index reaching alarming levels across the city.

Extravagant fireworks in Diwali celebrations across the border have also been cited as one of the major reasons for the striking amount of pollutants in the air at the outset of winter this year.

However, images published by NASA suggest that burning of crops in the neighboring states of Punjab and Haryana could be the biggest reason behind the air pollution in the region.

Dr Qamar uz Zaman Chaudhry, national climate change expert and former Director General of Pakistan’s Meteorological Department also believes that the main source of the pollutants in our lower atmosphere is Eastern Punjab where all the coal-based industries are centered (across the border in India).

Lahore and other areas of northern and central Punjab have been encircled by a thick layer of smog with sunshine becoming totally  imperceptible as haze spreads over the sky. Motorways have been reportedly blocked and flights may soon have to be delayed or canceled. A spate of fog-related accidents was reported across Punjab.

According to Dr Ghulam Rasool, Director General of the Pakistan Meteorological Department, the situation is going to last till the end of December, as it hasn’t rained in the central Punjab since October.

Dr Sajid Rashid, Principal Environment College, University of Punjab, has blamed paddy stubble burning in Indian Punjab as the main reason for rising level of smoke in the air.

Dr Rashid also referred to a high volume of firecrackers and fireworks on the festival of Diwali in India, which exacerbated the problem.

“Unfortunately, in Pakistan, we lack the equipment for real-time monitoring of air quality,” he regretted while talking to DP Global.

Due to geographical commonalities and correlation, two or more neighbouring countries can experience the same climatic expressions and natural phenomenons simultaneously.

In 2014, Indonesia's deforestation had raised alarms over its illegal burning of what it called 'futile' swathes. Fires in Indonesia produced some of the world’s worst pollution, sending suffocating smog to cities hundreds of miles away in Malaysia and Singapore.

Smog can be responsible for any ailment from minor pains to deadly pulmonary diseases such as lung cancer.