US braces for election turmoil as voters head to the polls 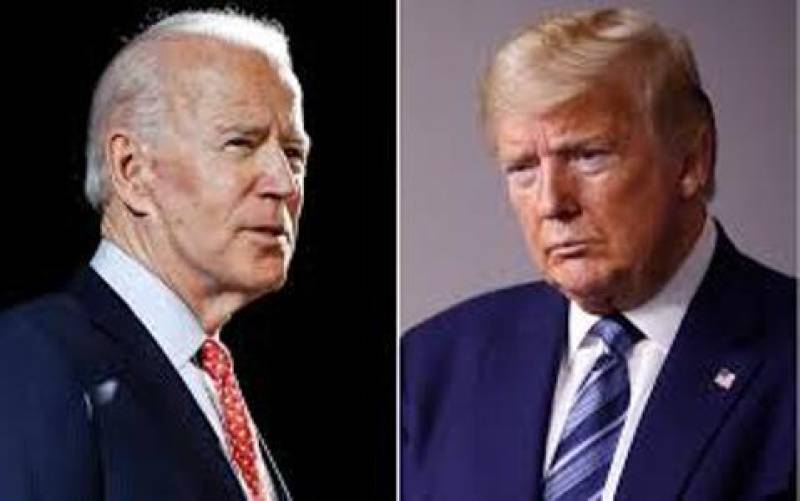 NEW YORK - Americans went to the polls on Tuesday to choose between President Donald Trump and his Democratic challenger Joe Biden following one of the most divisive presidential campaigns amid a surging coronavirus pandemic and threats of civil unrest.

Nearly 100 million people had already cast their ballots before the day even dawned — taking advantage of states’ efforts to make voting safer during the pandemic. Among the early voters were the two rivals for the top job — Trump and Biden — who both decided to forgo the traditional Election Day photo op at polling stations.

National polls give a firm lead to Biden, a former vice president, but it is a closer race in the states that could decide the outcome.

In the US election, voters decide state-level contests rather than an overall single national one.

To be elected president, a candidate must win at least 270 votes in what is called the electoral college. Each US state gets a certain number of votes partly based on its population and there are a total of 538 up for grabs.

This system explains why it is possible for a candidate to win the most votes nationally — as Hillary Clinton did in 2016 – but still, lose the election.

Control of the Senate is also at stake in these elections, with the Democrats seeking to gain control of both houses of Congress and the White House for the first time since early in Barack Obama’s first term.

In the case of a close contest, the victor is unlikely to be announced on election night given that the crucial industrial states of Pennsylvania, Michigan, and Wisconsin are not expected to complete their ballot counts in time.

And the final result could then be delayed by days if not weeks as Democrats fight expected legal efforts by Republicans to prevent some mail-in votes from being counted.

According to reports from across the country, most Muslim-Americans, including Pakistanis, are leaning towards Biden, but Trump to has some support among them.

There are more than 3.45 million Muslims living in the US, which has a population of over 328 million, with 240 million eligible to vote.

Both rivals spent the final hours of the race rallying in key battleground states.

In a sign of heightened tensions ahead of an election that has been cast by both sides as one of the most consequential in history, department stores from Target to Tiffany have boarded up their windows to prepare for possible violence. Many other businesses and some federal buildings in Washington, DC, were also covered in hoarding, while temporary fencing was erected around the White House.

The fears of turmoil come after Trump made claims about voter fraud that have energized his base and led to accusations from Democrats that he is relying on dirty tricks to win the election. It also follows months of anti-racism protests and a foiled plan to abduct the Democratic governor of Michigan.

The coronavirus pandemic has at times overshadowed the election campaign, with the epidemic in the US worsening over the final weeks of the race. The country has recorded more cases and more deaths than anywhere else in the world, and fear of infection has contributed to an unprecedented surge in early and postal voting.

Top US virus expert Anthony Fauci has sharply criticized the Trump administration’s handling of the pandemic, drawing a rebuke from the White House on Sunday.

As Americans cast their ballots, there are fears that pockets of post-election violence could break out.

President Donald Trump has called for an army of poll watchers to ensure the election is fair. Right-wing extremist groups have signaled they plan to heed the call. Left-wing groups have vowed to confront people they believe are engaged in voter suppression.

Extremist groups are planning actions in key states, including Michigan, Pennsylvania and Wisconsin, according to the Institute for Research and Education on Human Rights, which has been tracking extremists on social media. Those states, along with Georgia and Oregon, face the highest risk of election-related activity by armed vigilante groups, according to a report by MilitiaWatch and the Armed Conflict Location and Event Data Project.

But how that will play out is unclear. “Much of the chatter among the unlawful militias is now in a little bit (of) dissent about whether it is wise to deploy to polling places,” said Mary McCord, legal director at the Institute for Constitutional Advocacy and Protection at Georgetown University, in a videoconference Monday.