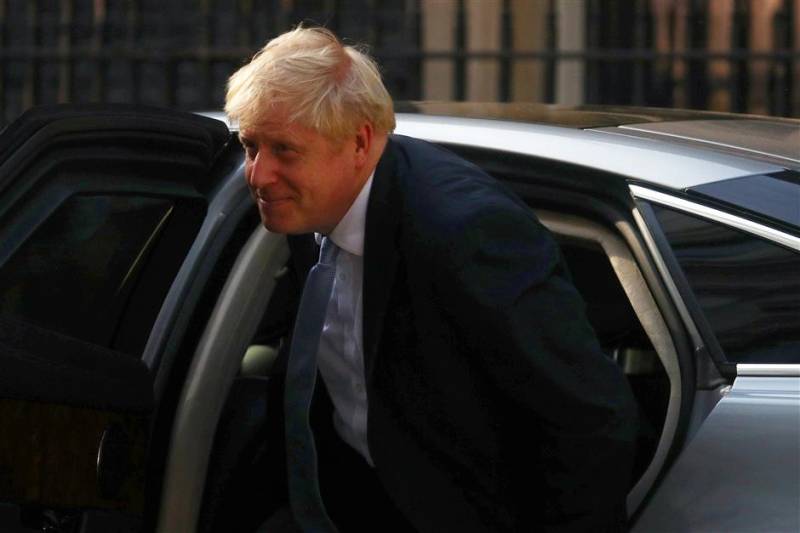 LONDON - British Prime Minister Boris Johnson faced a fresh blow on Tuesday as he lost his working majority in parliament with the dramatic defection of a party member.

The fresh injury comes ahead of a showdown with MPs over Brexit that could lead to an early general election.

In a heated parliamentary session, the premier condemned a plan by lawmakers to block his Brexit strategy as “surrender” and said it would undermine his intention to negotiate a new divorce deal with the EU.

Lawmakers from the opposition as well as members of his Conservative party are mulling to vote for delaying beyond October 31 if exit terms with Brussels are not agreed upon.

During the session, while Johnson was delivering his statement, Conservative MP Phillip Lee was seen crossing the floor of the Commons to join the pro-European Liberal Democrats.

Lee said in his resignation letter that the Conservative Party 'has become infected with the twin diseases of populism and English nationalism' as a result of Brexit.

In his resignation letter to Johnson, Lee said: Sadly, the Brexit process has helped to transform this once great Party in to something more akin to a narrow faction, where an individual's 'conservatism' is measured by how recklessly one wishes to leave the European Union.

JUST IN: This is the moment Boris Johnson lost his working majority in UK Parliament.

MPs will now first try to make room in the parliamentary agenda for a debate of the bill by putting forward a motion set to be voted on by MPs on Tuesday evening.

If they win, they will introduce their bill on Wednesday and seek to get it through before parliament is suspended next week.

Johnson's aides have warned that defeat in a first vote in the House of Commons on Tuesday would compel him to call a snap election on October 14.

However, the recently-elected Johnson would need the support of the main opposition Labour party to call a snap poll, as the backing of two-thirds of MPs is required for the move.

On the other hand, Labour leader Jeremy Corbyn observed that Johnson was not really intending to do a deal with Brussels and instead planned to crash Britain out of the EU.

“His is a government with no mandate, no morals and, as of today, no majority,” he said.

Corbyn has spent months calling for an election, and he seems ready to contest one again.

“If an election is called I’m ready to fight,” he said Tuesday.

He added that Johnson "isn't winning friends in Europe" and that "he's losing friends at home."

Other Labour officials have said that they first want to make sure that a no-deal Brexit can be blocked and then they want early elections.