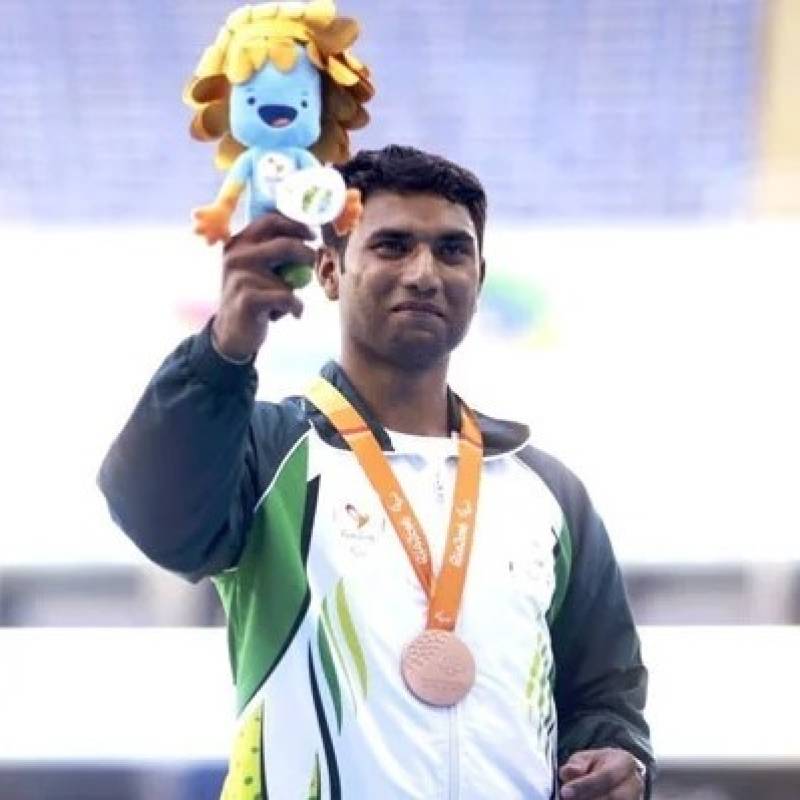 The Punjab government on Friday announced a financial reward of Rs2.5 million for Haider Ali, who won Pakistan a gold medal in Tokyo Paralympics.

Haider threw a 55.26 metres throw in his fifth attempt out of the total six he made to score the best distance. The silver medal was bagged by Ukraine's Zhabnyak with a 52.43 metres throw, while Brazilian Teixeira de Souza won bronze with a 51.86 throw.

Earlier, Haider had won two medals, a silver in Beijing and a Bronze in Rio in the long jump event for Pakistan.

Haider Ali became the first Pakistani to win a gold medal in the Paralympic Games on Friday. Haider achieved the feat ...