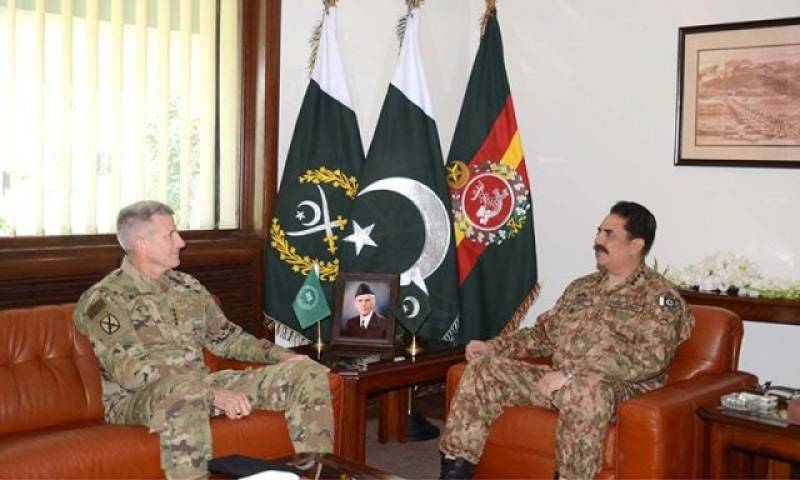 RAWALPINDI (Web Desk) - Chief of the Army Staff (COAS) General Raheel Sharif called General John Nicholson, Commander Resolute Support Mission, in Afghanistan and demanded him to help in the recovery of a crew of the Punjab government’s helicopter that crash landed in the Logar province.

According to DG ISPR Lt-Gen, Asim Bajwa, that while on its way to Russia via Uzbekistan for maintenance, the Russian helicopter made a crash landing in Afghanistan.

General Nicolson assured all possible assistance in this respect.

The Afghanistan got and Afghan National Army (ANA) authorities have also been contacted for necessary assistance in the recuperation of the crew members, he added.