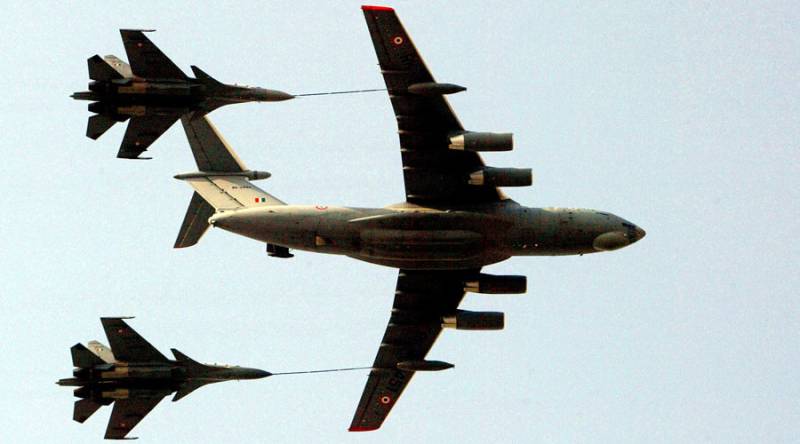 NEW DELHI (Web Desk) – India is currently in talks with Moscow to assume a number of Russian-made Ilyushin transport aircrafts for its Air Force.

According to Izvestia daily, the total value of the contract could be as much as $2 billion.

The midair refueling aircraft would enhance the functional capacities of the Su-30 fighter jets specially developed in India by Russia’s Sukhoi Design Bureau.

“For the first time Russia has offered New Delhi its IL-78MD-90A, which is a modernized version of the Il-76MD-90A military transport, also known as the IL-476," the unnamed source told Izvestia.

Negotiations with Russia follow India’s decision to not buy six Airbus 330 MRTT (multi-role tanker transport) due to the high cost. Airbus won the delivery tender in 2015, but last week the Indian government withdrew the tender.

The tanker aircraft can carry up to 110 tons of fuel and refuel a jet from the rear and from its wings. Three aircrafts may be refueled in the air simultaneously. The modular air fuel system allows the tanker to be easily converted into a conventional transport aircraft.

The new Il-78MD-90A aircraft will be tested in 2017, and only after that it could be sold to customers, said a source in the aviation industry.