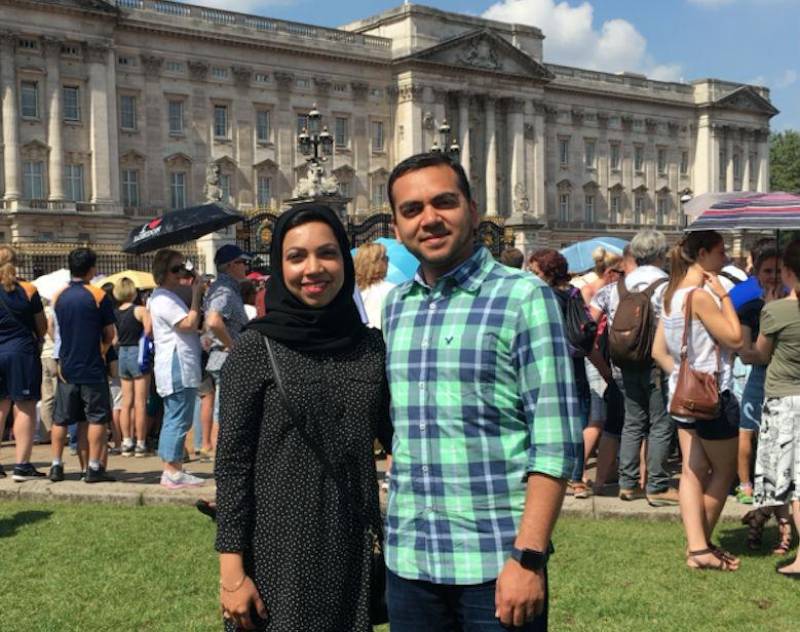 CINCINNATI - A US-based Pakistani couple, Faisal Ali and Nazia Ali, who were discriminated by the crew of Delta airline for 'sweating' and saying the word 'Allah,' have finally opened up about the ordeal they went through.

According to media reports, the couple were waiting for their flight to take off from Paris to Cincinnati, Ohio when a staff member escorted them outside the plane for some questioning. The pair were going back to their four year old kid after celebrating their 10th anniversary in Paris.

"We also took all of our stuff with us as we were told that we won't be flying in this plane," said Nadia while talking to The Independent.

The crew explained that on the pilot's order they had been taken off the plane as one of the staff members felt 'uncomfortable' after seeing Faisal hiding his phone as they walked by and 'sweating' while saying 'Allah'.

After interrogation, it was found out that Faisal was just sending a text to his mother, who was supposed to pick them up from the airport.

According to Nazia, the Delta airline staff said "they had done nothing wrong but unfortunately this is how the world is, it is Delta’s word against yours."

After this, the couple went straight to the terminal and boarded the next flight home.

Reacting to the incident, the Council of American-Islamic Relations has filed a complaint against the airline saying that the couple were discriminated on the basis of their Muslim appearance and name, turning their simple and normal actions into something scary and threatening.

Meanwhile, Morgan Durrant, spokesperson for Delta airlines, responded by saying that Delta airline brings hundreds and thousands of people together everyday and does not discriminate based on gender, sexual orientation, religion, nationality or any other form for that matter.

Adding on he said, an investigation is underway regarding this matter and a full refund of the airfare would be issued to the customers.

This article was first reported by Independent.