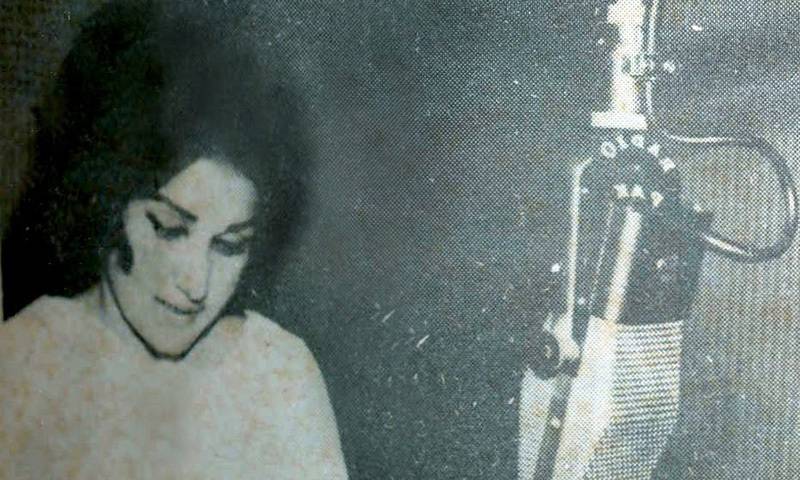 Is it the lack of talent, lack of ideas or the lack of resources? The mysterious yet obvious downfall of the music industry in Pakistan has become more of a dilemma rather than just being a questionable debate. Pakistan has given this world some of the most immaculate names in Music over the years.

These legends of Music have not only gained popularity within the country but have also brought laurels back home from International platforms as well.

Our mainstream culture ranks Music as being a vital part of our society. So, when this sudden realisation of our music industry constantly going in descending order is somewhat tumultuous and disturbing not only for the current musicians but also those who have contributed to it in the past.

New singers are finding it very difficult to make themselves known in the music industry. Probably people have stopped listening to music altogether mainly because it has become so much commercialism that the lyrics, the beats or the overall feel of a song does not captivate the attention of the targeted audiences.

One of the main reasons that has contributed towards taking the music industry towards the downside is Piracy. Online piracy/leaks of the songs before their actual releases have caused havoc to the singers and that is why it is so strongly discouraged. Moreover, keeping in sight the political/security conditions of the country over the past few years; public concerts or small karaoke gigs have become very rare.

Unfortunately; some terrible incidents like harassment or unnecessary fights happened at concerts which were highlighted by the media and ultimately resulted in banning of concerts. However, the trend of public concerts/small events/karaoke gigs is reviving back to some extent but it would still take some good years to actually regain its lost glory.

Furthermore, the assassination/murders/harassment cases happened with the singers in the country

has added salt to the injury. Recently, the tragic target killing of Late Amjad Sabri has left a void that would take ages to be filled. Also, it leaves a question markon the morals of our society that if the singers are so unsafe in this country; how can you ensure the revival of the music industry in future?

They say that every cloud has a silver lining. Well, that holds true for the music industry as well. Amidst all of this negativity; came a breath of fresh air in the form of Coke Studio & Nescafe Basement. The wonderful collaboration of some of the best names in music industry and the fusion of rock and roll with the traditional beats of our folk songs have made both of these programs an instant hit amongst the music lovers.

Not only the old and young singers have joined hands to produce good music but also they have revived the lost tunes sung by the legends this country has produced.

Recently, the rift between Pakistan & India across the borders have moved the Government to take drastic measures about banning the Indian Music & Movies from Radio Stations, TV channels & Cinemas. This has made a very fresh and positive comeback of music in the country. Now, while coming back from work; if you tune into the Radio, you might be able to hear your favourite childhood song from Vital Signs, Junoon or from the icons like Nusrat Fateh Ali Khan, Abida Parveen or Reshma'an. Isn't that a great feeling? It surely is!

If you ask the musicians about the downfall of the music industry; they might not take the full blame of it on themselves. For them, the 'system' is responsible. We now see singers like Fawad Khan, Junaid Khan, Farhan Saeed or Gohar from Jal band acting in TV serials just because the music alone could not help them live a decent life. Music bands have become a thing of the past as currently; we are unable to find a single band producing good music.

Moreover, the joining of our musicians into the Indian film fraternity has also caused a major impact towards the downfall of music. Iconic singers like Adnan Sami, Rahat Fateh Ali Khan, Ali Zafar, Ali Azmat and Atif Aslam to name a few have sung some of the best hits for Indian Cinema just because they weren't given any opportunities in their own motherland. Sad but true! We have seen some of the finest music given by our musicians to the Indian movies. The talents of these musicians can be utilised in the best possible way in their own country if only our Government and Music production companies pay heed towards the grave dangers Pakistani music is currently facing.

There should be more music programs like the ones we used to watch in our teenage years including Music Channel Charts and Video Junction etc. There used to be a dedicated music channel called Indus Music that used to air nothing but Pakistani music. Good old' golden days of Pakistani Music industry for sure.

In a country like Pakistan; where the music industry has ruled in Past; such sad realities are quite disturbing. We can revive our glory back only if we start promoting our culture, our music and our musicians in a positive way. This is the responsibility of all of us from Government to all the music lovers.

In addition to it, the media industry needs to play a very important role in promoting our music bands/singers by playing their music. There should be dedicated music channels and radio stations which would air nothing but Pakistani music just like they used to do in the past.

Till these necessary measures won't be taken; the Pakistani music industry would not be able to flourish and will continue to be in isolation, unlike the way it was in the golden days of the past.