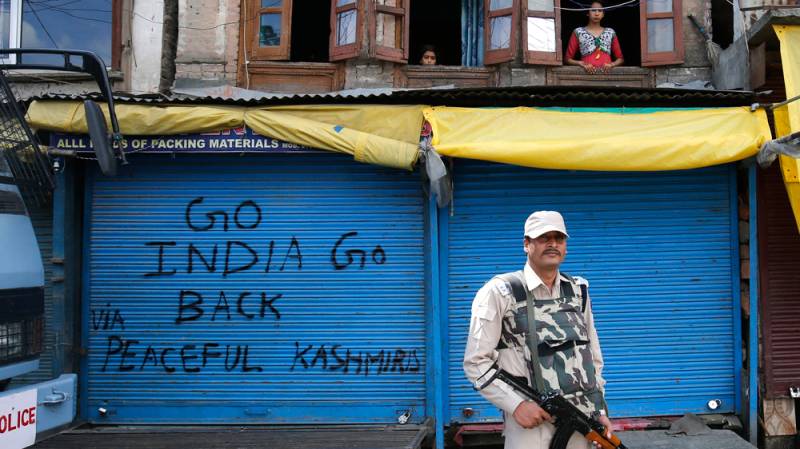 ISLAMABAD – Kashmiris on both sides of the Line of Control and the world over are observing the Right to Self-Determination Day with the pledge to continue their liberation struggle till it reaches its ultimate goal.

It was on 5th January in 1949 when the United Nations Security Council passed a resolution supporting the Kashmiris’ right to decide their future by themselves through UN-sponsored plebiscite.

The day was marked by various activities including rallies, seminars and conferences across the world to remind the UN that it must implement its resolutions to settle the Kashmir dispute to save the Kashmiris from the Indian brutalities.

This year, the day is being observed when occupied Kashmir is under military siege for the past over 150 days.

Meanwhile, the residents of the Kashmir Valley continued to suffer immensely in biting chill on the 153rd consecutive Day, today.

The Indian police arrested a youth after raiding SMHS Hospital in Srinagar.

Meanwhile, addressing an event in New Delhi, India’s former National Security Advisor, Shivshankar Menon said that the Citizenship Amendment Act and the withdrawal of special status of Kashmir had led to India being isolated from the international community.