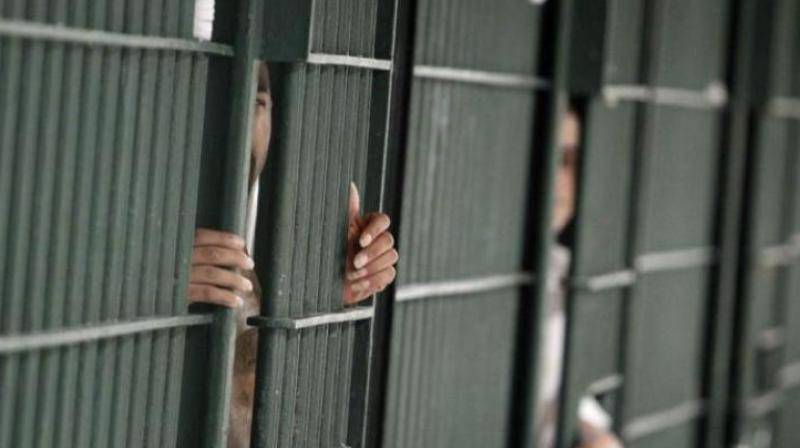 ISLAMABAD - The Senate's Functional Committee on Human Rights on Thursday was informed that some 242 prisoners were languishing in Saudi jails, including 114 in Riyadh and 128 in Jeddah, for non-payment of fines.

The Senate body, which met here under chairmanship of Mustafa Nawaz Khokar, was also told that about 3,000 Pakistanis were imprisoned in Saudi Arabia for committing different criminal offenses; the fine amounts ranged from Rs 8,000 to Rs 2.2 million.

The committee discussed the issue of a Pakistani national, Mureed Abbas, who has been behind bars in a Saudi prison for the last three years due to non-payment of fine.

Additional Secretary Foreign Office Nadeem Khan told the committee that Mureed Abbas had gone to Saudi Arabia to work as a driver, where he was jailed for a road accident along with imposition of fine. His sponsor had lodged a claim of 27,000 Saudi Riyals against him.

He said the Ministry of Foreign Affairs was trying to get information about the 'kafeel', so that the process for waiving the fine amount could be carried out.

He said the government was trying to provide maximum relief to the prisoners languishing in jails abroad.

The committee members observed that the Human Rights Ministry maintained a fund to pay the fine for prisoners belonging to marginalized segments of the society within the country. Similar fund should be set for the prisoners languishing in foreign jails for non-payment of fines, they added.

The committee also considered a proposal to amend relevant laws, including the Pakistan Penal Code, for the purpose.

The committee was told that the Ministry of Overseas Pakistanis and Pakistani missions abroad had funds, which were meant for different purposes, which could be used for payment of fines of Pakistanis imprisoned abroad.

The committee decided to write a letter to the provincial governments to contribute to the fund.

RIYADH - An elderly man, who was imprisoned in a jail in Saudi Arab was released on Tuesday after Chief of Army Staff ...

It directed for calling an inter-ministerial meeting to get an understanding about the available resources and formulate a mechanism.

The Ministry of Interior representative told the committee that such an inter-ministerial committee was already working in the Foreign Office, which might consider its recommendations.

The committee decided to call the FO committee members them in its next meeting along with their recommendations.

Regarding decrease of admission quota for students belonging to the Balochistan province in Punjab University (PU), the PU vice chancellor told the committee that in light of the committee's letter in that regard, a meeting of the academic council had been called on July 8, whose recommendations would be put before the syndicate for its approval.

The vice chancellor said at present the approved quota of students from Balochistan was one seat in each department of the university.

The Special Secretary Punjab Higher Education Department suggested that the students from Balochistan could take in other universities, both public and private also, and the possibility to allocate their quota could be explored in that regard.