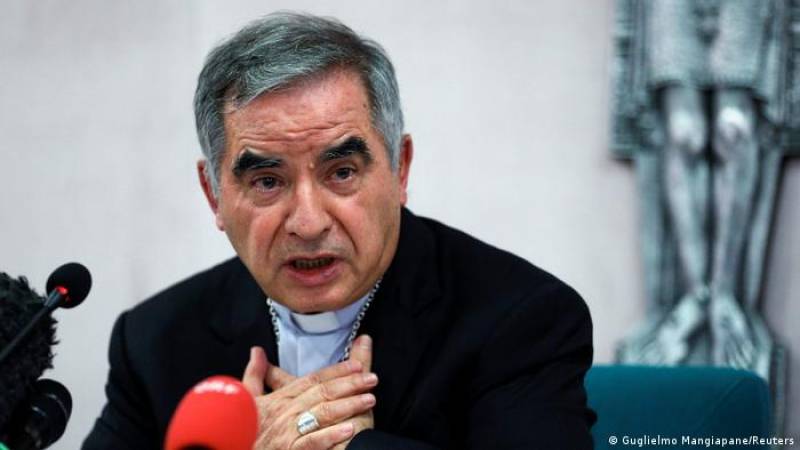 The Holy See said in a statement on Saturday the head of the Catholic Church's saint-making office is facing trial over a €350 million ($415 million) investment in a London real estate venture.

Once powerful Cardinal Angelo Becciu and nine others will be prosecuted under the Vatican's legal system.

Becciu was relieved of his duties within the Vatican administration in September when Pope Francis told him that he had been accused of siphoning off charity funds to help his siblings.

Now a Vatican criminal tribunal has indicted the 73-year-old Italian, along with four other Church officials and an Italian businessman on charges of extortion, abuse of office and fraud.

The suspects have denied wrongdoing.

A 487-page indictment was issued after a two-year investigation into how one of the oldest departments in the Church administration, the Secretariat of State, managed its asset portfolio, much of which is funded by donations.

Vatican prosecutors accuse the main suspects of siphoning millions of euros from the Holy See in fees and other losses.

According to prosecutors, Becciu helped engineer the initial London investment when he was the chief of staff in the Secretariat.

Since emergence of the scandal last year, financial contributions to the Church have dropped sharply and prompted the Pope to strip the office of its ability to manage the money.