Dirty war: Taliban gain ground in Southern Afghanistan by forcing ordinary villagers out of their homes 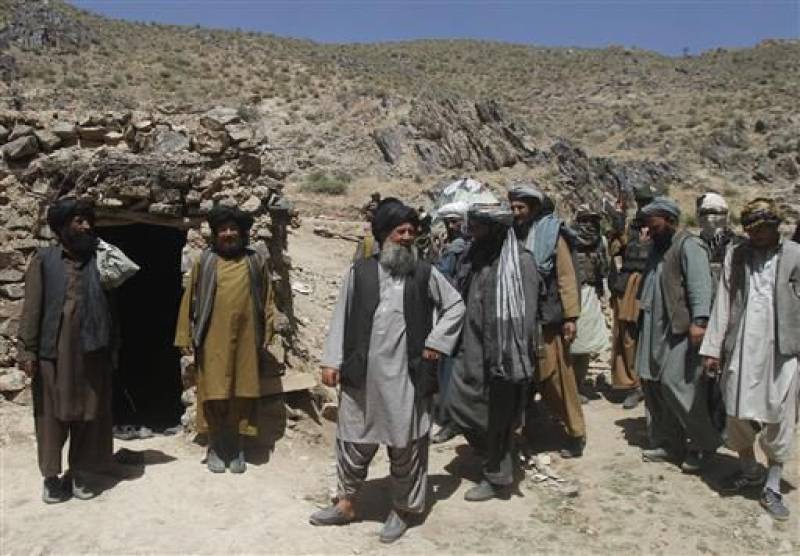 KABUL (Web Desk) - The Afghan Taliban has turned to a new tactic to fight against the Kabul government for control of key stretches of major roads and highways.

According to the media, the Taliban first storm a checkpoint, kill all the security, seize their weapons and equipment and effectively cut off the main road to a remote village, The Hindu reported.

Most of the time the extremists fighter raise the white Taliban flag and plant roadside bombs to prevent cars from coming through the checkpoint.

According to locals in the area, any kind of vehicle that attempts to pass through is either blown up or attacked.

Forcing villagers to move out

As per the new strategy, Taliban then wait until the villagers are finally forced to flee from their houses and move where supplies of food and other goods are not being blocked.

Most slip out on foot or on donkeys through backroads and mountain paths, leaving many of their belongings behind.

The Taliban have been in the war against the Kabul since 2001, when their regime was overthrown in the US-led invasion of the country in the same year.

Since international troop pull-out of Afghanistan began at the end of 2014, leaving behind a training and advisory deployment only, the rebellion has strengthen as Afghan forces struggle to win the battle.

The results have been devastating: the United Nations (UN) says 3,545 Afghan civilians were killed and 7,457 wounded in the war in 2015, most of them by the Taliban.

In the south, one of the worst hit areas is Uruzgan province where the Taliban have been putting pressure in recent weeks on the Afghan forces around the provincial capital.

According to US military spokesman in Kabul, Brig. Gen.Charles Cleveland, “The Taliban’s main focus in the south is now Uruzgan” and U.S. forces have been providing assistance and air support as needed, Cleveland said.

Abdul Hakeem Khadimzai, the director of Uruzgan’s provincial council, described the situation there as the “worst in 15 years.” In May alone, he said, “around 200 security forces were killed and more than 300 were wounded” in the province.