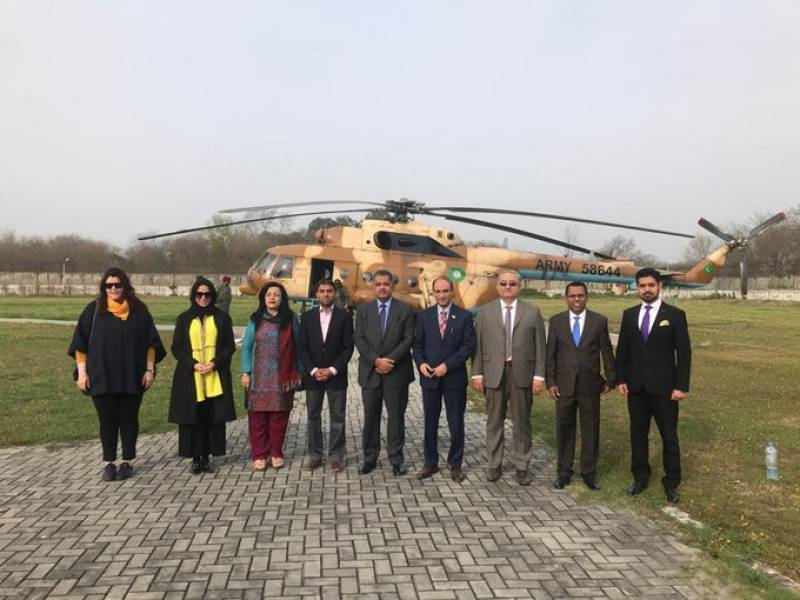 RAWALPINDI – A six-member OIC delegation headed by Special Envoy of the OIC Secretary General for Jammu and Kashmir Yousef Aldobeay, visited Line of Control at Chakhoti on Wednesday.

The delegation was briefed on situation along the Line of Control, including Indian Ceasefire violations and targeting innocent civilian population.

Welcoming the timely visit of the OIC delegation to Pakistan and AJK, the prime minister said that since 5 August 2019, 8 million Kashmiris continued to suffer under the lockdown and communications blackout, turning the entire IOJ&K as the world's largest open prison.

Imran Khan emphasized that the people of Pakistan as well as Kashmiris looked towards the OIC and Muslim Ummah for active support in the resolution of the Jammu and Kashmir dispute in accordance with the relevant UNSC resolutions.

The prime minister also apprised of the grave implications of extremist "Hindutva" ideology of the RSS-BJP dispensation, manifest in discriminatory policies against minorities in India especially Muslims.

Drawing a parallel between the recent anti-Muslim Delhi riots and the 2002 Gujarat pogrom, the prime minister warned that under the rising wave of "Hindutva" the situation could worsen even further.

He underlined the need for the international community to take cognizance of the situation and work to effectively address it.