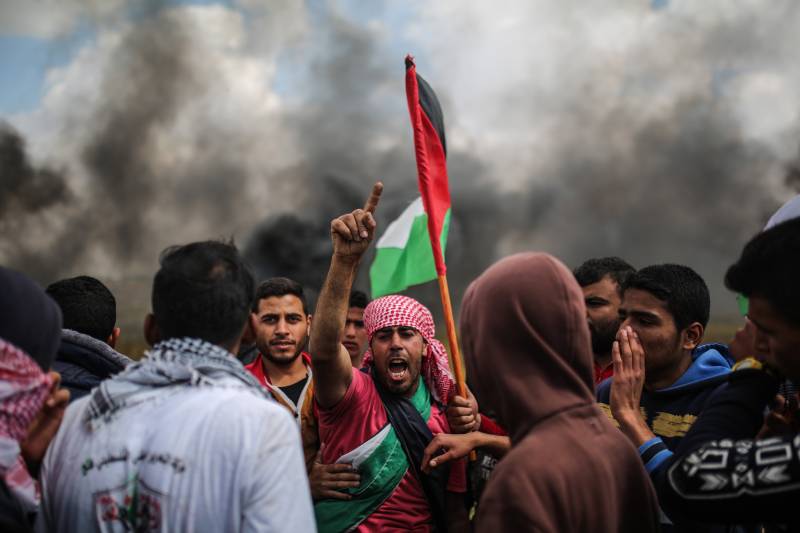 GAZA BORDER- 431 Palestinians were injured on Friday after Israeli troops fired live rounds and tear gas at them, reported Reuters. The victims were present at Gaza-Israel border as part of a long-running protest.

According to the media reports, children are among injured.

In this clash, nearly 70 Palestinians were shot and wounded with live fire, three of them critically, and 400 more suffered injuries due to tear gas along the Gaza side of the 25-mile border fence, Palestinian Health Ministry shared.

Israel has already been facing international disapproval over its use of live fire against the protestors. However, Israeli officials claim to take such actions only when protestors - trying to plant explosives and firebombs - reach too close to the fence.

The clash erupted at "The Great March of Return" - a protest laid by Palestinians against Israeli atrocities, as Israel celebrate its 70th birthday.

During this march, Palestinians are mourning "Nakba" (Catastrophe) of their people's mass dispossession during the conflict in 1948. Most people taking part in this protest are either those who were displaced or their descendants.

This recent clash is one of the biggest clashes that occurred between Israeli soldiers and Palestinian protesters as the march entered sixth successive week.

Singer Rihanna reportedly breaks up with her billionaire boyfriend Hassan Jameel
09:58 AM | 20 Jan, 2020