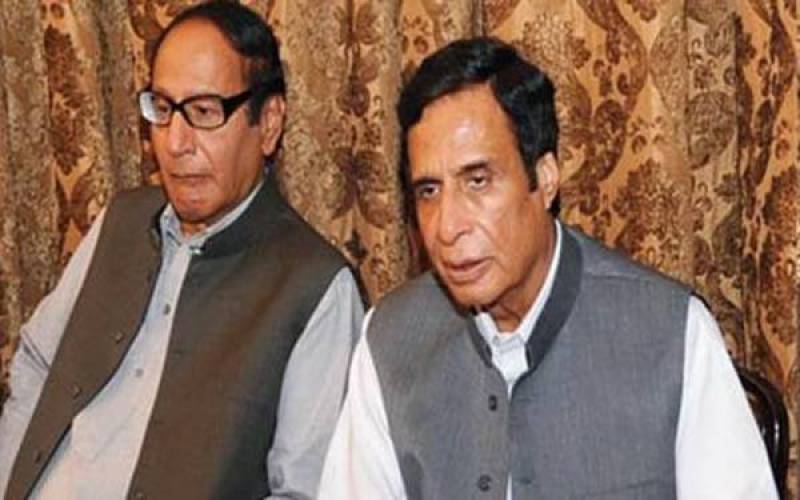 ISLAMABAD - The Pakistan Muslim League-Quaid (PML-Q), a strong ally of the Pakistan Tehreek-e-Insaf (PTI) at Centre and in Punjab province, has geared up efforts to bring the ongoing opposition's sit-in against the government to a peaceful end through negotiations.

Talking to media, Chaudhry brothers said that they have come here for reconciliation between the government and protesters, adding, "All issues can be settled through reconciliation". But it is not clear if they have been assigned this task by the premier.

They hoped that there would be an amicable resolution for the ongoing agitation.

Earlier on Oct 18, the Chaudhrys of Gujart had preferred not to discuss ‘Azad March’ with the JUI-F chief when he called on them at their residence to inquire after the health of Hussain as they had not been given the mandate by the prime minister to do so.

Sources in the PML-Q told Dawn that Chaudhry Shujaat did not discuss JUI-F’s ‘Azadi March’ since the Pakistan Tehreek-i-Insaf leadership, especially Prime Minister Khan, had not given him the mandate to hold talks with Maulana Fazl on the issue.

Earlier today, Maulana Fazlur Rehman vowed not to budge an inch from his demands. He said that sit-in will continue until the demands, including the resignation of the prime minister, a demand not acceptable to the government, are met.

Thousands of protesters have converged on the federal capital on Oct 31 under the banner of the Azadi March, seeking to send premier packing.