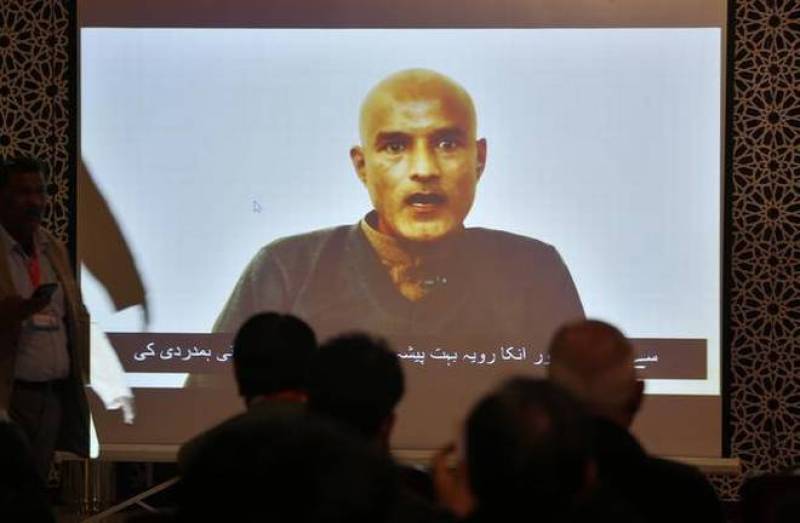 He told a press conference that earlier India had refused to accept counselor access for Kulbhushan, but later it accepted Pakistan's all five terms for the purpose, which included video recording of the proceeding of the meeting, besides allowing none other than Indian High Commission's official in Pakistan to meet Kulbhushan.

He said all the five points by Pakistan were in accordance with the international laws.

Jadhav, who was convicted of espionage and is currently on death row, was given consular access after the International Court of Justice (ICJ) called for a review of his sentence in a case that has stoked tensions between the nuclear-armed rivals.

ISLAMABAD - Pakistan on Monday granted consular access to an Indian spy Kulbhushan Jadhav convicted of espionage and on ...

A meeting between India's Deputy High Commissioner Gaurav Ahluwalia and the convicted RAW operative lasted for one hour at a sub-jail in the federal capital of the country.

Kulbshan Sudhir Jhadav, an Indian naval commander, was arrested in March 2016 from Balochistan. He was found running a spy network for India’s Research and Analysis Wing (or RAW) intelligence agency from the Iranian port of Chahbahar.