Good thing we won't stay there for long: Rio Olympics in a bad shape 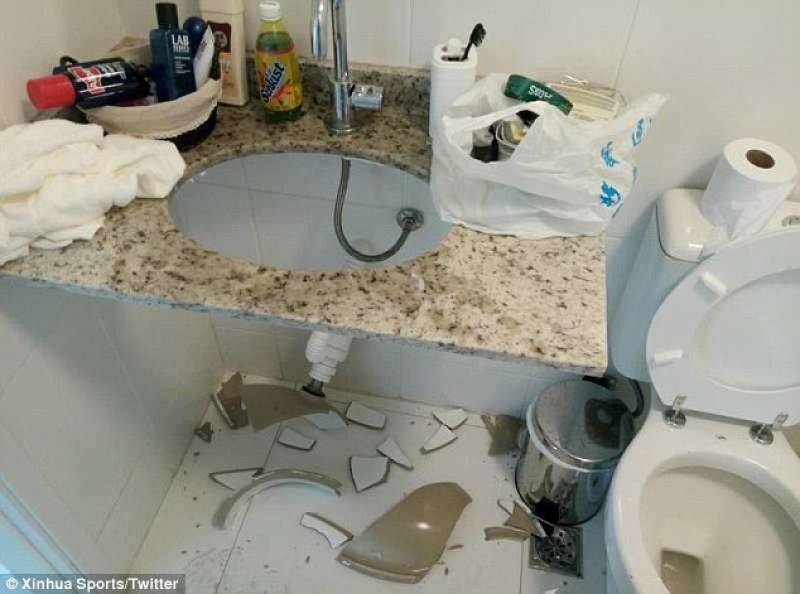 BRAZIL: Chinese fans have branded the Rio Games the "worst Olympics ever" amid safety concerns regarding their athletes.

Polluted water, collapsing structures and an unfinished Olympic Village are just some of the complaints levelled at the organisers. On Sunday Chinese athletes were even forced to fit their own shower curtain upon arriving at their accommodation, and they are far from the only ones concerned.

It seems Rio not quite ready for @Rio2016 as no sprinkler, table, plug, even no water in some rooms of Media Village pic.twitter.com/JQdNmlfldn

Watch out while washing in bathroom at the #Rio2016 Media Village. The washbasin may fall down & so does the mirror pic.twitter.com/VbplO2Fo6d

Team GB appointed a plumber to stay with them in the Olympic Village amid fears over the quality of their accommodation in Rio.

The block in which British athletes are staying has had problems with blocked toilets and leaking pipes, which have been resolved.

Australian athletes have refused to move into their rooms due to the issues, while Argentina found their accommodation in such a state they suspected sabotage.

Local workmen completed the Team GB block after unfinished electrics and plumbing were discovered, but athletes have made no complaints.

Pictures shared on social media show beds barely holding together, a crumbling sink and holes in the ceiling.

'Tape is something athletes can't neglect in [the] #Rio2016 campaign. It can do you good in lots of ways at Olympic village,' China's Xinhua news agency tweeted.

Meanwhile Chinese journalists took offence at westernised food on offer, tweeting: 'What can athletes eat at Olympic Village? For #teamChina athletes, it seems they cannot find much to their tastes.'