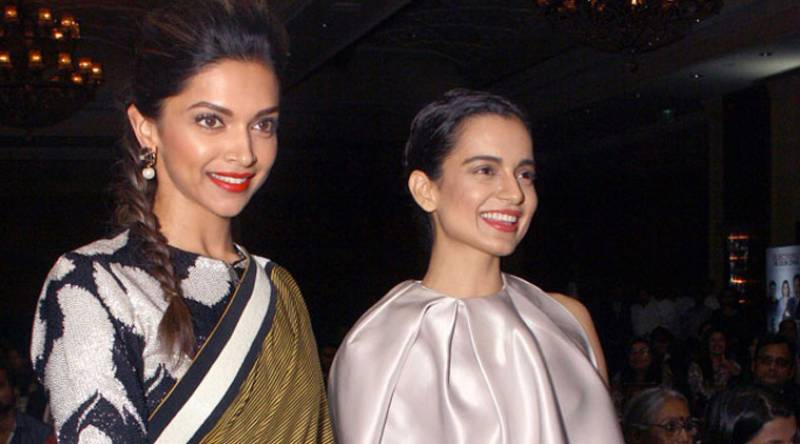 NEW DELHI -Kangana Ranaut has refused to sign Shabana Azmi's letter to Indian Prime Minister Narendra Modi in support of film 'Padmavati'. The purpose of the letter is also to draw attention to the death threats being made to Deepika Padukone due to the film.

Kangana explained the reason behind not signing the letter that she is 'wary' of Shabana Azmi's approach in matters such as these as a political investment.

The actress said, "I was filming Manikarnika in Jodhpur, got a call from my dear friend Anushka Sharma to sign the petition written by Ms Shabana Azmi, I explained to Anushka that Deepika Padukone has all my support but I am a bit wary of Shabana Azmi’s investment in left wing vs right wing politics. I have my own set of ideas and opinions about the current situation in our country, I am on the fence about many things and being a part of a feminist movement called ‘Deepika bachao’ led by someone who character assassinated me when I was bullied, seems to be one of them. Anushka understood but I am glad they reached out to me, like I said Deepika has all my support I am an individual perfectly capable of supporting who I like without anyone’s support."