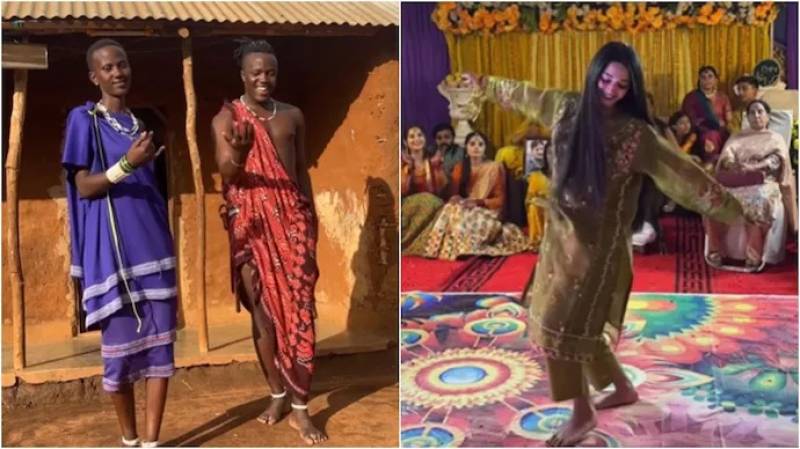 That's the power of social media. Tanzanian influencer and content creator Kili Paul has shared a video on his Instagram handle in which he and his sister Neema Paul can be seen recreating dance moves of viral Pakistani TikTok sensation Ayesha.

A video of Ayesha, also known by her nickname Mano, dancing to the Indian song 'Mera Dil Ye Pukare Aaja' at her friend's wedding went viral a couple of weeks ago.

The video made Ayesha a social media celebrity overnight and she received the invitation to join a TV morning show as a guest. Her dance moves became so popular that Indian dance queen Madhuri Dixit recreated them and posted the video on Instagram last week.

Kili, who has a huge fanbase in India due to his hit lip-sync videos on Bollywood numbers, is the latest social media celebrity to reacreate Ayesha's dance moves and the clip shared on Instagram has recieved over 2 million views in a short span of time.

The 27-year-old, who has over 4.3 million followers on Instagram, recently appeared in an episode of Salman Khan-hosted reality show Bigg Boss Season 16.

Pakistani TikToker Ayesha dances to another Bollywood hit at a wedding