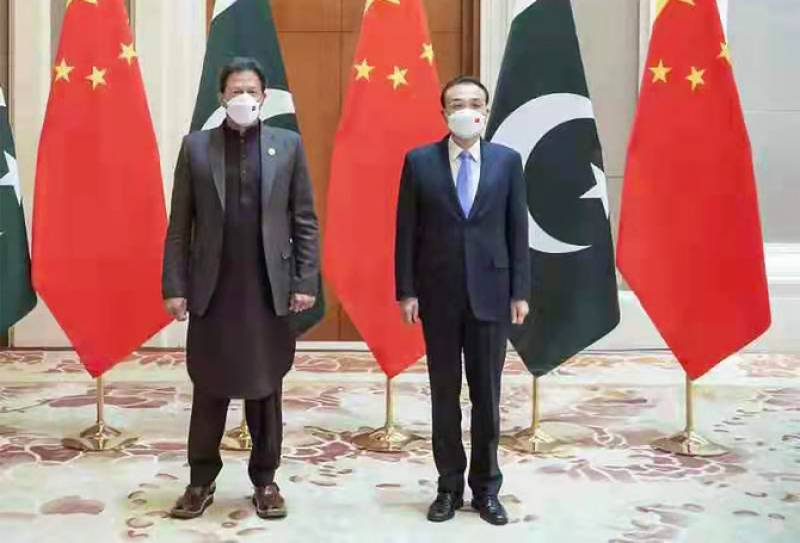 These meetings were held on the sidelines of the Winter Olympics in Beijing after the Pakistani prime minister reached China on a four-day trip on Thursday. Khan attended the opening ceremony of the Beijing Winter Olympics and held meetings with Chinese businessmen and investors on Friday.

“Delegation-level talks between Pakistan and China were held today in Beijing,” Pakistani Information Minister Chaudhry Fawad Hussain said in a Twitter post after the meeting.

PM Khan and Chinese Premier Li headed their respective delegations during the talks, he said.

The Pakistani prime minister is scheduled to hold a one-to-one meeting with Chinese President Xi on Sunday, according to Hussain.

During his meeting with Uzbek President Mirziyoyev, the two leaders exchanged views on the entire gamut of bilateral relations, a Pakistani government statement said. The two leaders reaffirmed their resolve to upgrade Pakistan-Uzbekistan partnership across the broad spectrum and take steps for implementation of key projects.

He reiterated Pakistan’s full support to the Trans-Afghan railway project and exchanged views on the next steps to take it forward over the coming months.

The two leaders discussed cooperation in education and culture, and recognized progress on joint research and media ventures, including a joint film on Baburi heritage and dubbing of Pakistani dramas in Uzbek language.

They also exchanged views on issues of regional peace and stability.

“The two sides stressed the need to continue economic and humanitarian assistance to Afghanistan by the international community to avoid any further deterioration of the situation,” the statement read.

Stressing the need for practical engagement, the Pakistani and Uzbek leaders agreed that a peaceful, stable and prosperous Afghanistan was vital to regional stability as well as for realization of infrastructure and connectivity projects.

PM Khan stated that people of Pakistan were looking forward to welcoming President Mirziyoyev on his visit to Pakistan. The two sides agreed to work closely to ensure concrete outcome of the visit.

Earlier in the day, the prime minister attended a luncheon hosted by Chinese President Xi Jinping for world leaders.

Pakistan has said Khan is attending the Winter Games as a show of solidarity with China after the US, UK, Canada and Australia imposed a diplomatic boycott of the global event over China’s alleged human rights record. Diplomats from these nations have chosen not to attend the global event but their athletes are taking part in the competition.

The prime minister also discussed the K-4 water and Hub canal projects in Karachi and a water treatment plant project in Faisalabad with Chinese businessmen.

He held an online meeting with Dr. Song Hailiang, chairman of the China Energy and Engineering Corporation, and POWERCHINA Chairman Dr. Ding Yanzhang.

The meeting revolved around increasing investment in Pakistan’s energy sector, including renewable energy projects and improvement of the country’s irrigation infrastructure.

“The respect the prime minister is receiving here, and the way he is being treated shows the interest of Chinese investors in Pakistan,” Hussain added.