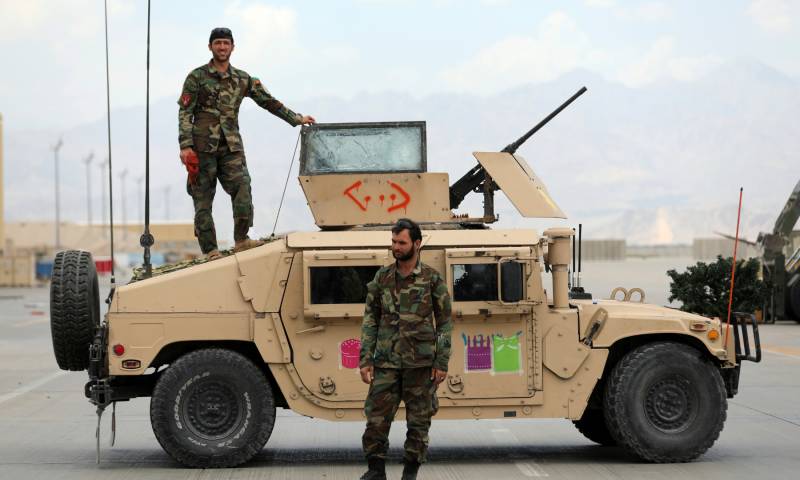 Bagram Air Base, which has been a hub of US forces in Afghanistan for 20 years until their departure last week, is buzzing with activity once again, as Afghan forces have settled into the vast premises, complete with its runways, barracks, control towers and a hospital.

Before leaving, American troops handed the base over to Afghan security forces to bring an effective end to the longest war in the US history, after an agreement with the insurgent Taliban last year.

"They (Americans) are completely out now and everything is under our control, including watchtowers, air traffic and the hospital," says a senior Afghan government official who does not want to be named.

On Monday, journalists visited the heavily fortified compound, long a symbol of Western forces deployed to shore up the Afghan government against the Taliban's campaign to regain power after being toppled by a US intervention in 2001.

Dozens of vehicles left behind by the US stood on the premises while others zipped around with Afghan officials and personnel looking to come to terms with the magnitude of operating the vast base.

Radars oscillated as soldiers stood on guard, and hundreds of Afghan security personnel moved into barracks that once housed US soldiers.