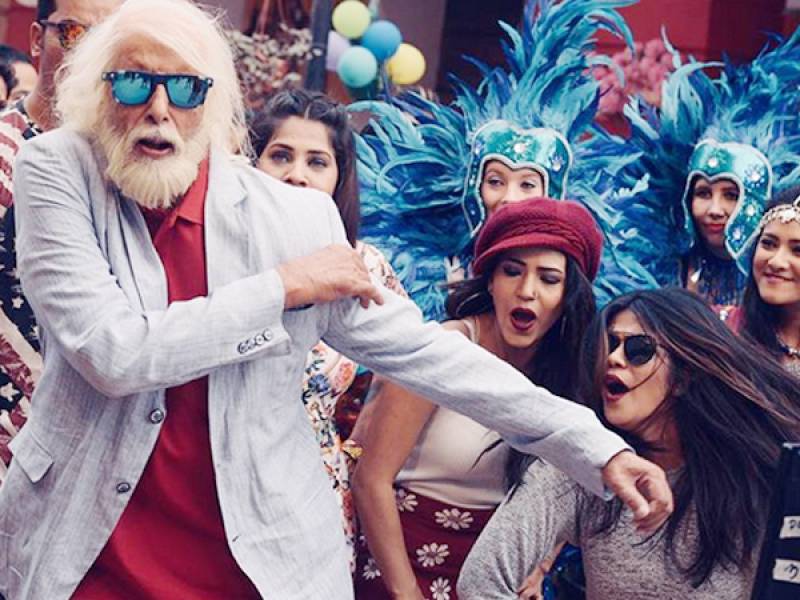 After a long wait of 27 years, finally they working together. How cute do they look here in this picture tweeted by Taran Adarsh:

Big B has this look in this film:

Amitabh Bachchan will play a 102-year-old father of a 75-year-old son Rishi in this film. We know how well Amitabh sings so this movie even has a rap number by him!

You heard it right - Big B shall show us some serious rap skills in this song.

The song is titled BAADDUUMMBAAA! We can LITERALLY not wait for this song after hearing the title.

Recently, he shared an on-set picture where he can be seen in his unique getup for the song. Big B wrote on Instagram today, “Yo … baby .. BAAADDUUUMBAAAA !!” Interestingly, Amitabh Bachchan has been using the word in a lot of posts - looks like this is already his favourite song!

Here's a hint of what's cooking:

No one does it quite like the legend Amitabh Bachchan!