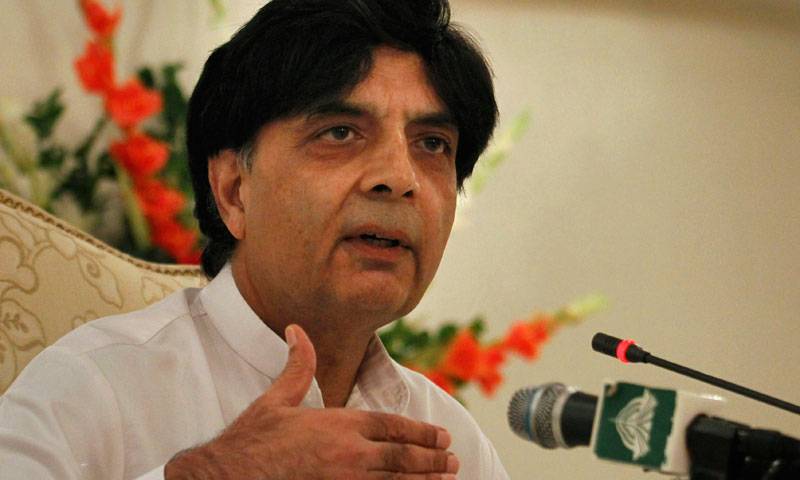 ISLAMABAD (Web Desk) - Minister for Interior, Chaudhary Nisar Ali Khan on Thursday said the Panama issue cannot be resolved through rallies or speeches and there has to be a forum to determine the truth behind allegations of offshore companies and illegal financial transactions.

“It has not yet established that offshore companies were bought through illegal means,” he said.

He said the government was ready to sit with the opposition parties to develop consensus on the Terms of Reference (TOR) for a transparent probe into the Panama papers.

In an exclusive interview with a private TV channel, he said, “Those who leaked Panama papers had clearly mentioned that these were mere allegations.”

Chaudhary Nisar Ali Khan said that he had accepted a demand from PTI Chairman Imran Khan on FIA’s involvement in the inquiry, before the latter subsequently backtracked. “The issue has been politicized and if FIA launches an inquiry, it will not be accepted by the opposition,” he maintained.

Federal Minister said that Sharif family never hid its ownership of the Mayfair Apartment. In fact PM himself lived there and used to conduct meetings there.