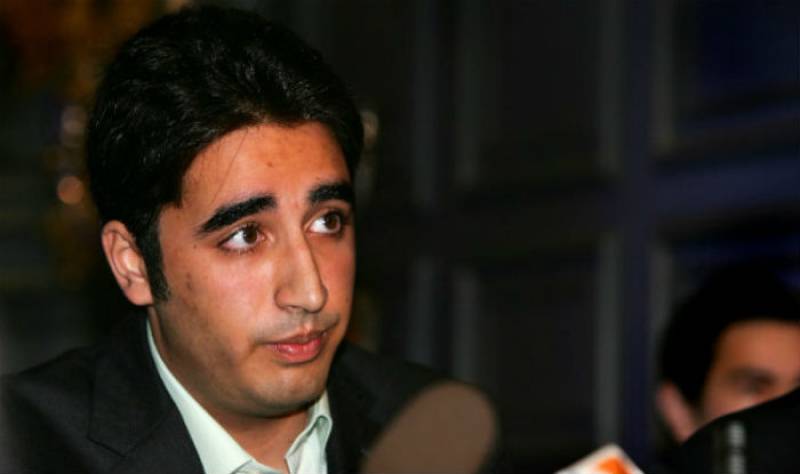 He said India was trying to deceive the international community and painting a seven decade long indigenous freedom movement in Indian Occupied Kashmir as a terrorist movement on Wednesday.

He also said that his party does not politicize the Kashmir issue.

“We can foil such designs of Indian government only through unity. Hence, entire nation and all the political parties should stand united and with one voice against the savage atrocities against people of held Kashmir,” PPP chairman stated while addressing a Joint Parliamentary Party meeting of the PPP Senators and MNAs here.

“Pakistan Peoples Party will be in the Prime Minister House in 2018 and Nawaz Sharif will be behind the bars by that time” predicted PPP Chairman.

He said the menace of terrorism has bruised the country and the people, adding innocent people are being killed mercilessly bythe terrorists, some of whom are yet to be touched under the National Action Plan (NAP).

“Let the Pakistani nation and its armed forces should take on the breeding farms and facilitation centers of terrorism. We have to condemn terrorism in all its forms and manifestations as we cannot keep silence on the way our sisters were killed in Quetta yesterday,” he added.

Bilawal Bhutto Zardari said the monster of terrorism targeted PPP since long and it lost its leader Shaheed Mohtarma Benazir Bhutto and thousands of workers, fellow citizens and soldiers.

Terrorism not only managed our ‘defeat’ in 2013 general elections but it caused massive harm to the status of our country in the international community, he further stated.

The PPP chairman said that NAP should be activated more against terrorism and all the points of the plan should be implemented.