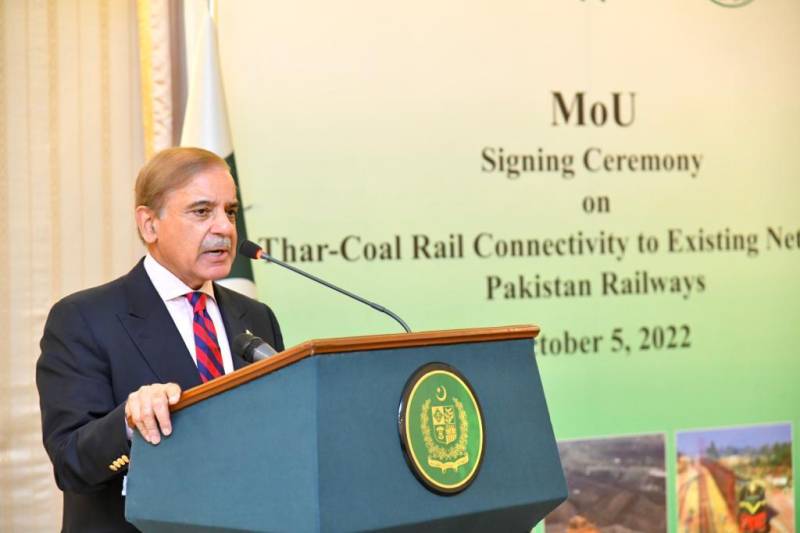 ISLAMABAD – Prime Minister Shehbaz Sharif has directed the authorities to link the Thar Coal Mines with the country's railway network by March 2023, the state broadcaster reported on Wednesday.

During a meeting in Islamabad, the premier said that the development projects need to be completed with the "Pakistan Speed" as the previous government had inflicted irreparable loss to the country during last four years.

"The government is trying to revive the development course which the previous government had deliberately kept halted during 2018 to 2022," PM Shehbaz was quoted by Radio Pakistan as saying.

The linking of Thar Coal Mines with railway network, local coal would be used in power plants replacing the imported one.

Shehbaz added that the usage of Thar coal in power plants would help save two billion dollars annually.