Shab-e-Barat, night of blessings, glory to be observed tonight 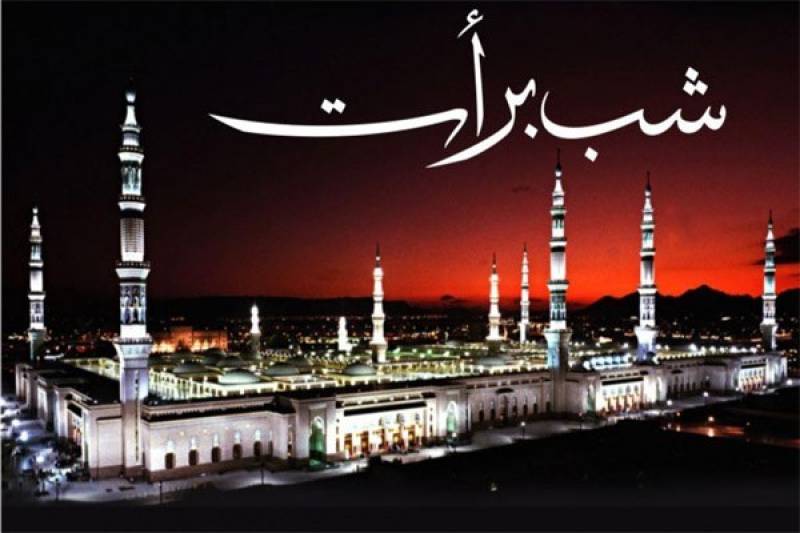 ISLAMABAD - Shab-e-Barat, the night of reverence, fervour and divine blessings for Muslims would be observed across the country on the night falling between Wednesday and Thursday, Sha’ban-ul-Moazzam 14, 15 1441 AH (April 9) amid lockdown across the country.

The faithful have been asked to offer special prayers (Nawafil and Shabina) during the whole night at their homes to contain the spread of the deadly viruses. Government and Auqaf department have already notified preventing people to attend joint prayers in mosques to avoid the spread of coronavirus. Leading Ulema had already issued a religious decree asking people to avoid going to mosques for prayers. Shab-e-Barat is the night of blessings and accountability wherein mass judgments regarding lives, deaths, and blessings for the next year are made by the Almighty Allah, as per Muslim’s belief.

This year the gatherings including Mahafil-e-Na’at have already been canceled and believers were asked to make special prayers for the unity, prosperity, and security of the country and getting rid of the deadly virus.

Shab-e-Baraat, the night of praising Allah, is observed 15 days before the start of the Holy month of fasting Ramadan-ul-Mubarak.

Shab-e-Barat, a great advantage of Muslims is known as Laylat-ul- Bara’ah or Laylat-un- Nisfe min Sha’ban in the Arab world.

In addition to that, judgments for awarding blessings and Rizq (Livelihood) to the believers are also made and prayers of the believers are answered and accepted. According to Muslim belief, Shab-e-Barat is the night when Almighty Allah arranges the affairs of the next year. On Shab-e-Barat, Allah writes the destinies of all His creations for the coming year by taking into account their past deeds.

The significant distinction of this night, according to Islamic belief, is that it falls on the night of 15th Sha’aban in which all

births and deaths on the universe are written on the “Loh-e-Mehfooz” for the forthcoming year.

According to religious scholars, there are some nights in Islam, which are significant, sacred with grandeur and Divine Majesty and

“Lailatul Baraat” is one of these.

Though in the Islamic perspective, every night and day has its own importance some nights have supplementary importance like

On the occasion of Shab-e-Barat, Muslims believe, Allah Almighty showers infinite Mercy and Blesses upon human beings. According to Hazrat Ayesha Siddiqa (RA) “Allah Almighty opens the doors of Mercy and Grace for the mankind, the door remains open throughout the night till the Fajr prayers,” in which He exonerates those seeking forgiveness.

Media, including print and electronic plan to highlight the importance of the holy night through its special write-ups and editions to mark the Holy occasion.