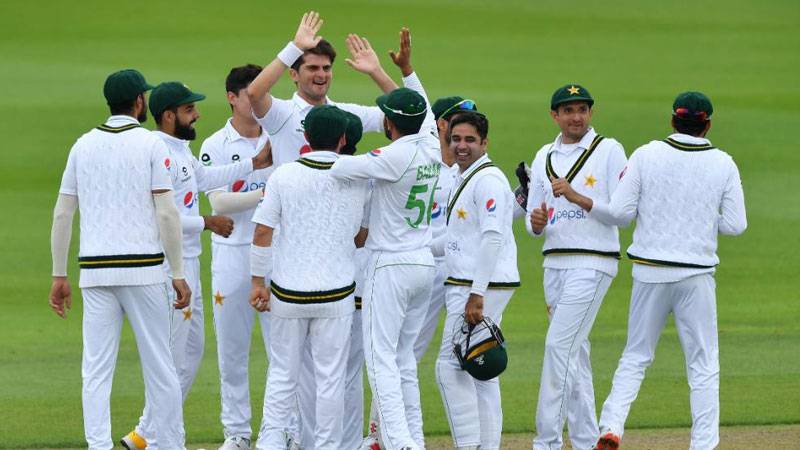 MANCHESTER - Muhammad Abbas tightened the grip over English batting as the hosts were 92-4 at stumps on the second day of the first Test on Thursday.

Team England trail by 234 runs with Ollie Pope and Jos Buttler unbeaten at 46 and 15 respectively.

The English side had the worst possible start to their reply of Pakistan’s first innings total of 326 all out as they lost the wickets of openers Rory Burns and Dom Sibley in quick fashion.

Burns was dismissed in the very first over as he was trapped leg-before by Shaheen for eight. Sibley wasted a reviewed and was dismissed by Abbas for eight in a similar fashion.

Abbas then had talisman Ben Stokes clean bowled with beauty for naught as the hosts slumped to 12-3.

Skipper Joe Root and Ollie Pope then put on a 50-run partnership for the fourth wicket. They were reduced to 62-4 as the captain was caught out off leggie Yasir Shah’s bowling for 14.

Pakistan started the second day’s play on their overnight total of 139-2 with vice-captain Babar Azam and Shan Masood at the crease on 69 and 46 respectively.

Pakistan were 139-2 at the end of the first day’s play. Babar and opening batsman Shan Masood had stitched a 96-run partnership for the third wicket.

The match will begin at 3pm Pakistan Standard Time (PST).