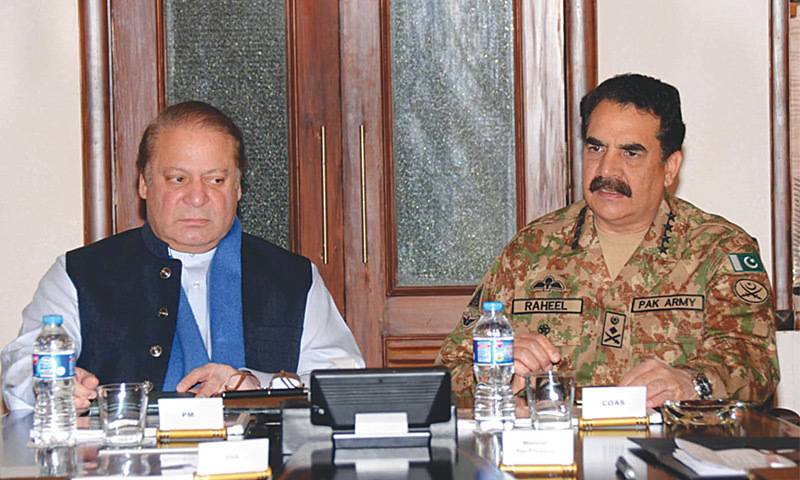 According to Channel report, important decisions are expected in the meeting.

Rangers and police officials will brief the prime minister and military chief about the progress made in the operation against criminals and terrorists and investigation of a gun attack on Military Police five days ago.

According to a source, Prime Minister Sharif is scheduled to witness Pakistan Air Force military drills in Karachi before returning to Islamabad.