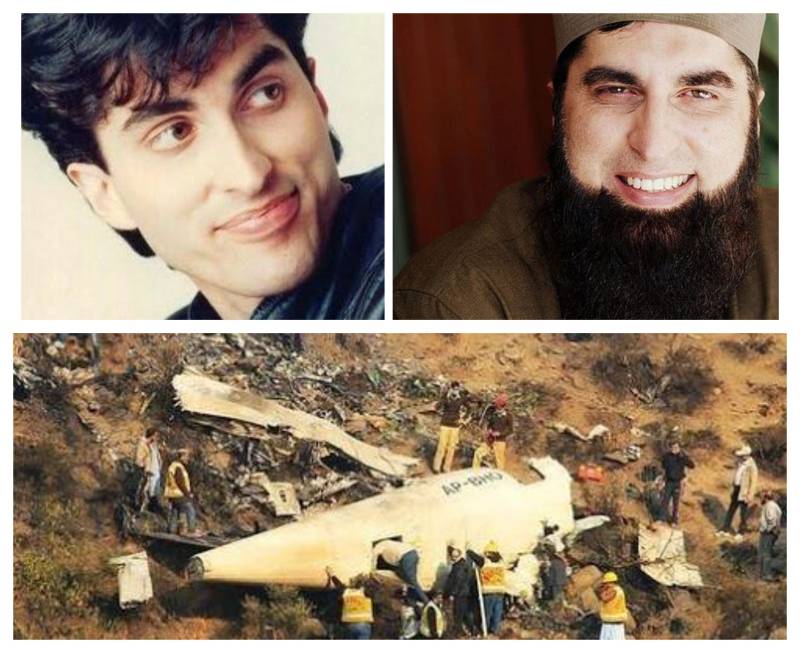 LAHORE – Pakistanis are remembering Junaid Jamshed, the singer-turned-preacher who died in a tragic plane crash four years ago, on his death anniversary.

Junaid Jamshed was born in Karachi on September 3, 1964. He had briefly worked as a civilian contractor and engineer for Pakistan Air Force before turning into a singer. His father Jamshed Akber Khan was a retired Group Captain in Pakistan Air Force.

At the peak of his successful career of 15 years, Junaid quit the music industry in 2004 to reconnect to his Islamic faith.

He went on a mission of preaching the correct paths of the religion to the residents of Chitral where he died in a horrible crash when PIA flight PK-661 of aircraft ATR-42 turboprop plane crashed near Havelian with 47 passengers and crew members on-board along with Junaid Jamshed and his wife.

With #weLoveYouJunaidJamshed trending early Monday morning, his fans and followers paid tributes to him and prayed for his eternal peace following his death: