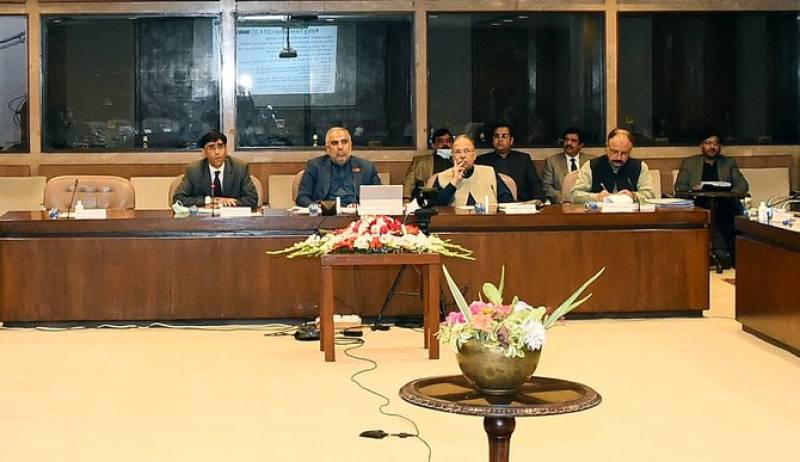 The office of the national security adviser said in a statement that details of the policy were presented to the committee by National Security Adviser (NSA) Dr Moeed Yusuf at the meeting chaired by National Assembly Speaker Asad Qaiser.

According to the government, this is the first time in the history of Pakistan that a national security policy document, which “outlines the challenges and opportunities facing Pakistan in the coming years” and provides “policy guidelines for mitigation and actualizing opportunities through a whole-of-government approach”, has been presented to the parliament.

“Moeed explained that the National Security Policy is designed to leverage the symbiotic relationship between human security, economic security and military security with the prosperity and safety of citizens as its principal focus,” the press release said. “It [the policy] endeavours to put economic security at the core of policy priorities to expand the national resource pie for greater investments in human and military security.”

The NSA said the process of consultations with relevant stakeholders for the formulation of the policy was initiated in 2014 after the establishment of the National Security Division.

“In 2018, a drafting committee was established which built on earlier work. Several rounds of feedback consultations on multiple drafts were held with all state institutions, including provincial governments and the governments of Gilgit-Baltistan and Azad Jammu and Kashmir. This was followed by consultations with over 600 academics, analysts, civil-society members and students across Pakistan to make the policy process inclusive,” the statement said.

Yusuf said the document would be reviewed each year and as governments changed to keep national security policy “abreast of policy priorities in a fast changing global environment”.

Qaiser said that formulation of a comprehensive policy by the incumbent government reflected its priority for a secure and prosperous country.

He said taking public representatives on board on national policies is vital for strengthening democratic institutions in the country. “He said the upcoming policy would be a document that envisages challenges and prospects, the country has in the coming years,” the statement said.

The meeting was attended by federal ministers, leader of the House in Senate, members of the National Assembly and Senate and senior officers of the National Security, Defence, Foreign Affairs and Interior Divisions. Opposition politicians boycotted the meeting.