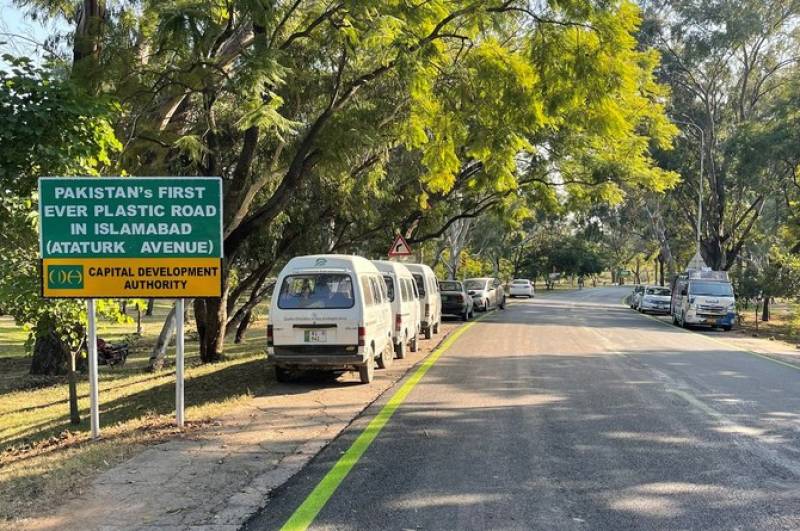 According to a survey, Pakistan has the highest percentage of mismanaged plastic in South Asia. Around 55 billion plastic bags are produced in the country every year, most of them destined for garbage dumps, landfill sites, or municipal sewers. Around 30 million tons of solid waste is produced each year, out of which nine percent is plastic. The result is increasing plastic pollution in the country which has a negative effect on human health and marine life, upsetting food chains and causing air, water and land pollution.

Coca-Cola Pakistan and Afghanistan partnered up with technology hub Teamup and the Capital Development Authority to use plastic waste to recarpet roads, recycling almost 10 tons of plastic waste to pave a kilometre-long patch of Ataturk Avenue in Islamabad at a cost of Rs21 million.

“As part of our global sustainability and environmental goals and vision, together with TeamUp, we focused on creating & developing a bituminous mixture that can provide longer-lasting and smoother roads than we have today,” Coca Cola said in a press release. “With an ever-increasing road network of over 270,000 kilometers, this project has the potential to change the way we view plastic waste.”

The project aligns with the World Without Waste initiative and also with the UN’s Sustainable Development Goals of the future. The Coca-Cola Company in 2018 launched the product packaging policy ‘World Without Waste’ whereby the Company will lead the industry to collect and recycle every bottle or can it sells by 2030.

Capital Development Authority (CDA) Chairman Amer Ali Ahmed said, “This plastic road project will set the stage for the future of innovation. What is particularly exciting is how this opens us up to the possibility of now making this a reality across the nation."

Fahad Ashraf, VP for Coca-Cola Pakistan and Afghanistan, said, “This road belongs to all Pakistanis, and all the people who care about progress.”