Anoushey Ashraf shares her experience of dealing with a stalker, denounces victim-blaming culture 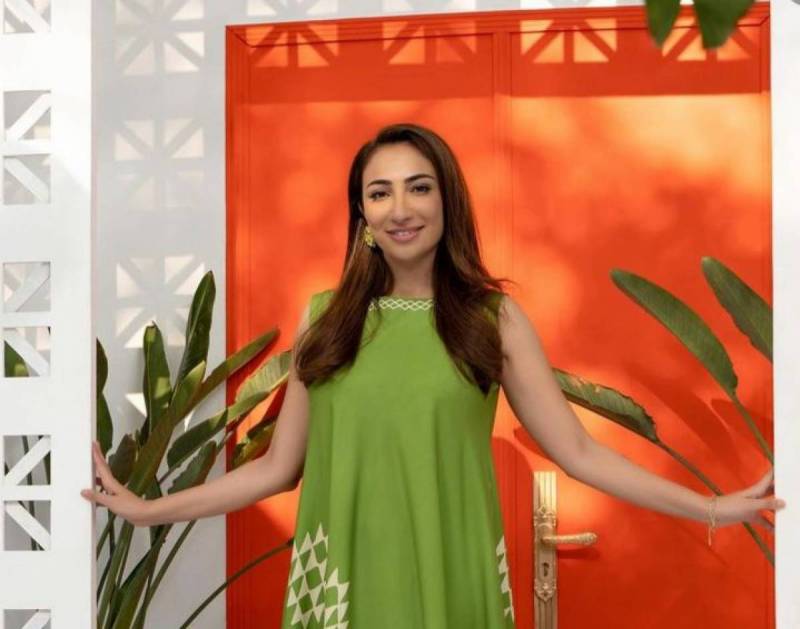 Pakistani video jockey and accomplished actress Anoushey Ashraf isn't shy of speaking her mind out, especially when it comes to her beliefs. Recalling bitter memories associated with being a star, that too as a woman, the VJ made some shocking revelations.

Engaging in a conversation with Pakistani singer turned comedian, Ali Gul Pir, Ashraf opened up about her uncomfortable and rather scary experience with a stalker. The discussion also shed light on abuse allegations by women and why men need to take responsibility for their actions.

Talking about stalking, Ashraf told Pir, “It was very very scary and I had to register an FIR as there was no other choice. Here, I feel like you just hear [about it] but it can happen to anyone.”

“Somebody killed somebody, somebody got offended and threw acid at somebody or kidnapped somebody. Far and few but it’s not like it doesn’t happen. Why do we feel like it might not have happened to someone with influence?”

“That too, after [giving him] four chances and they were ‘very sad’. They were like don’t do this but I wasn’t doing it for myself. I could have kept a guard or since I’m from a TV channel, I could have requested security. I was like, he’s not going to do this to me, he will be rid of me but what if tomorrow he does it to some other girl?”

We talk about what Anoushey learned by travelling, starting out as VJ in Indus Music, harassment women in media face and so much more. Anoushey Ashraf is a OG host, influencer, activist and RJ. She started her career when private tv channels started operating in Pakistan and continues to be the Queen of hosting.

Talking about women who are unable to stand up for themselves, Ashraf lamented women aren't able to fight back.

Ashraf added, “And they’re not able to do anything about it — they get harassed in buses, in stores, in salons. They can’t stand up for themselves and no one takes them seriously. Many of their family members blame them for getting harassed or stalked, [saying] that you smiled at them — that’s what the guy said to the police guy.”

Addressing the victim-blaming culture, the 39-year-old actress said, “And if I say this, maybe people will say in your show’s comments section when you dress like this and meet men like this, what do you [expect]? My case dies right there. They can stalk me, be a threat to my life but how is it their fault when I’m the one sitting here enticing them. Where do I go then?”

Adding to the point about believing women, she asked, “How can you deny it? You live in Pakistan, look around you. I’ve seen people beat up dogs. There are people who rape children in this country, why would they not hit women? The odds are too much in favour of the cause for you to not believe in the cause.”

Talking about the situation around women being unheard, Ashraf gave an example of a situation where her friend would be accused and explained how she would react.

“If tomorrow someone says Ali Gul Pir did something and you’re friends with him, what will I do? I will have to listen to your side of the story and make my own decision, it’s very hard.”

“We just have to speak up in favour of the cause. That has happened with somebody who’s very close to me off television, some girl said and I spoke to him about it. And I was like ‘The least I can tell you to do in this situation is to come out publicly and apologise. Say that if I have ever harassed you or hurt you, please forgive me, I won’t be able to forgive myself for making you feel this way,” Ashraf added.

The friends concluded the conversation suggesting men to take responsibility for their actions.

On the work front, as an actress, the star appeared in Sehra Main Safar, Chanar Ghati and Saanp Seerhi. Ashraf has also been a brand ambassador for PONDs, 7up, Loreal Paris, Warid Telecom and MTV Pakistan.