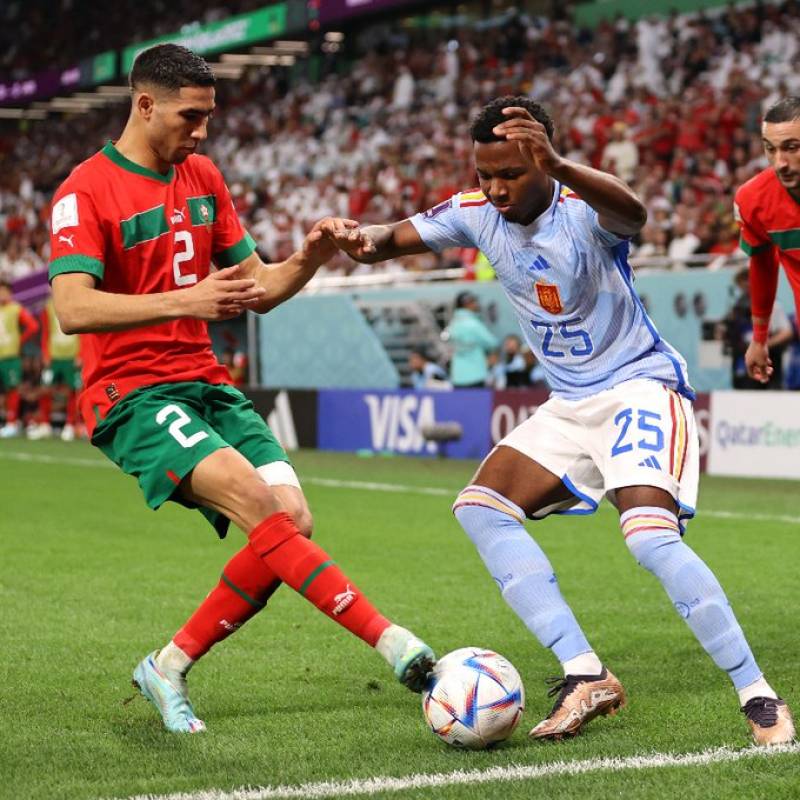 AL RAYYAN – Morocco knocked Spain out of the World Cup in a last-16 penalty shootout on Tuesday.

Spanish-born Achraf Hakimi scored the decisive spot-kick after Spain squandered all three of their attempts, following a 0-0 draw over 120 minutes.

Hakimi, a product of the Real Madrid youth system, calmly slotted his penalty past Unai Simon in Spain's goal to seal Morocco's 3-0 win in the shootout.

During the 90 minutes plus extra time, Spain dominated possession but failed to create many clear chances against Morocco’s stubborn defence.

Morocco has becomes the first Arab nation and 4th African country to quality for FIFA World Cup quarterfinals. A feat that the team has never achieved in five previous World Cup appearances.

The atmosphere at #MAR v #ESP has been UNREAL! 😳🔥 pic.twitter.com/9xDbHLzakq