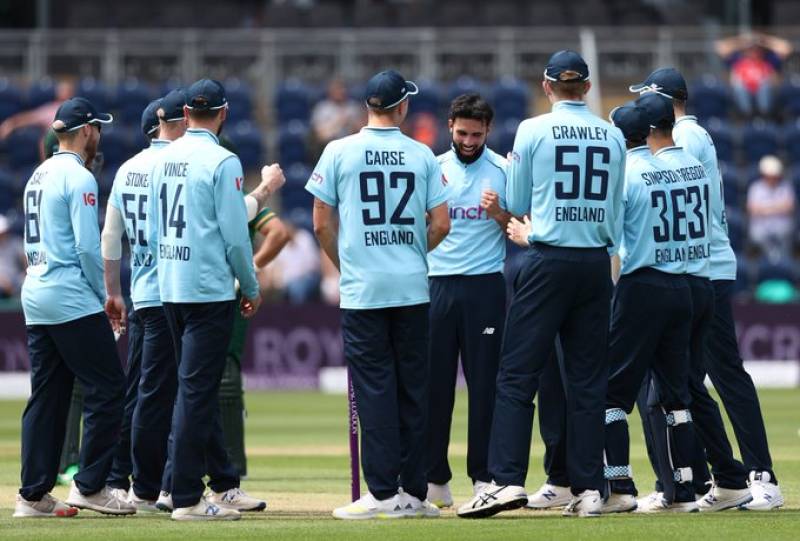 CARDIFF – With an impressive performance by both batting and bowling lineup, England on Thursday trounced visiting Pakistan by nine wickets in the first of three-match ODI series in Cardiff.

Chasing a small total of 141 runs, the top order of the host team bagged the victory in just 21 overs. Dawid Malan and Zak Crawley's thrilling inning of 68 and 58 runs, respectively, helped the team to win the match despite home camp was jolted by COVID-19.

Pakistan team collapsed to 141 runs in 35.2 overs as the batting lineup failed to perform due to impressive bowling by England players, exclusively Saqib Mahmood who claimed four wickets in the first ODI match in Cardiff on Thursday.

Matters started worsening from the start when opener Imamul Haq and skipper Babar Azam were sent to the pavilion for a duck by Mahmood.

However, Fakhar Zaman helped the team to recover before he was dismissed by Matt Parkinson at 47 runs.

Mohammad Rizwan made 13 runs while Shadab Khan and Sohaib Maqsood scored 30 and 19 respectively.

Earlier today, England won the toss and decided to field first against Pakistan.

Ben Stokes lead the hosts side after English Cricket Board announced a new squad to play against the guests. The new squad has been announced after three players and four members of the backroom staff tested positive for coronavirus.