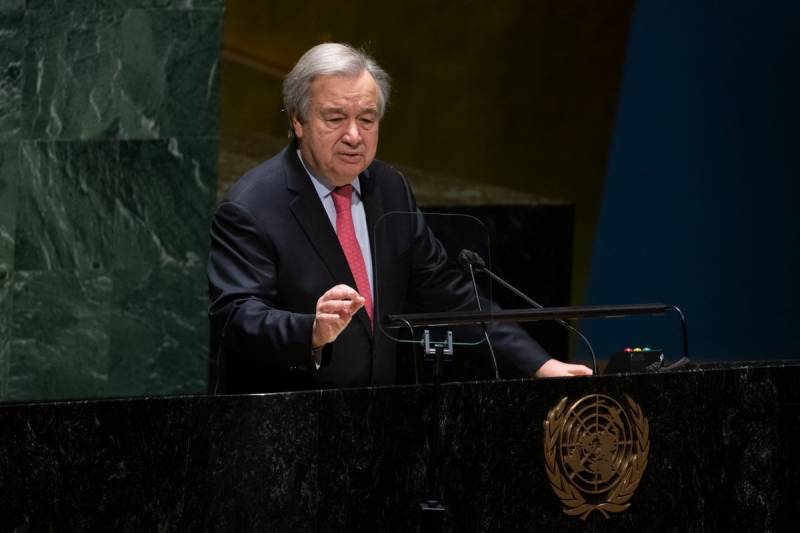 The UN secretary-general and the UN Security Council (UNSC) have strongly condemned the last week's terrorist attack on a mosque in the Pakistani city of Peshawar.

Lana Zaki Nusseibeh, permanent representative of the United Arab Emirates to the UN, said in a statement, "The members of the Security Council condemned in the strongest terms the heinous and cowardly terrorist attack that took place at the Koocha Risaldar Mosque in Peshawar, Pakistan, on Friday, 4 March 2022. The attack which was claimed by ISIL-K, resulted in the death of at least 62 people and injuries to dozens more.

"The members of the Security Council expressed their deepest sympathy and condolences to the families of the victims and to the Government of Pakistan and they wished a speedy and full recovery to those who were injured.

"The members of the Security Council reaffirmed that terrorism in all its forms and manifestations constitutes one of the most serious threats to international peace and security.

"The members of the Security Council underlined the need to bring perpetrators, organizers, financiers and sponsors of these reprehensible acts of terrorism to justice and urged all States, in accordance with their obligations under international law and relevant Security Council resolutions, to cooperate actively with the Government of Pakistan and all other relevant authorities in this regard.

"The members of the Security Council reiterated that any acts of terrorism are criminal and unjustifiable, regardless of their motivation, wherever, whenever and by whomsoever committed.

Separately, UN Secretary-General Antonio Guterres said that houses of worship should be havens not targets.

The Ukraine Embassy expressed its heartfelt condolences with the families of Peshawar attack. In a press statement, Ambassador of Ukraine to Pakistan Olena Bordilovska said terrorism shall never be tolerated in any forms and manifestations in any country in any place of the globe.