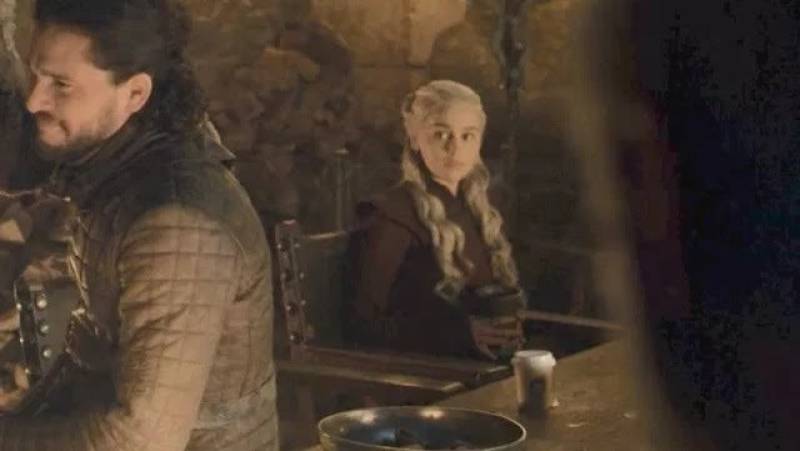 LAHORE - Fans on Twitter were quick to point out that the fourth episode of the series’ eighth and final season featured a scene in which the show makers seemingly left a modern-day coffee cup in plain view.

The disposable cup is only on screen for 2 seconds, but is definitely visible if you’re looking for it.

It is a modern day Starbucks cup. Ummm, major blooper? 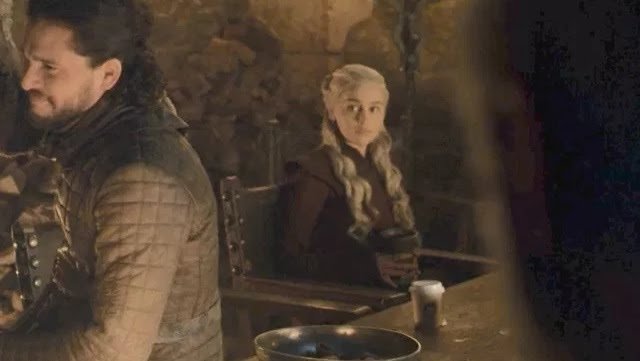 In an email to Variety, Hauke Richter, an art director for “Game of Thrones” seasons 4-8, said he had not yet seen Sunday night’s episode but noted that it’s not uncommon for such misplaced elements to mistakenly end up in the final cut of TV shows and movies.

“Things can get forgotten on set,” Richter wrote. He said the coffee cup error has been “so blown out of proportion [because] it has not happened with ‘Thrones’ so far.” Images from “Game of Thrones” season 4 showing Jaime Lannister (Nikolaj Coster-Waldau) holding a coffee cup went viral in 2014, but those were from a behind-the-scenes clip and didn’t appear in the show itself.