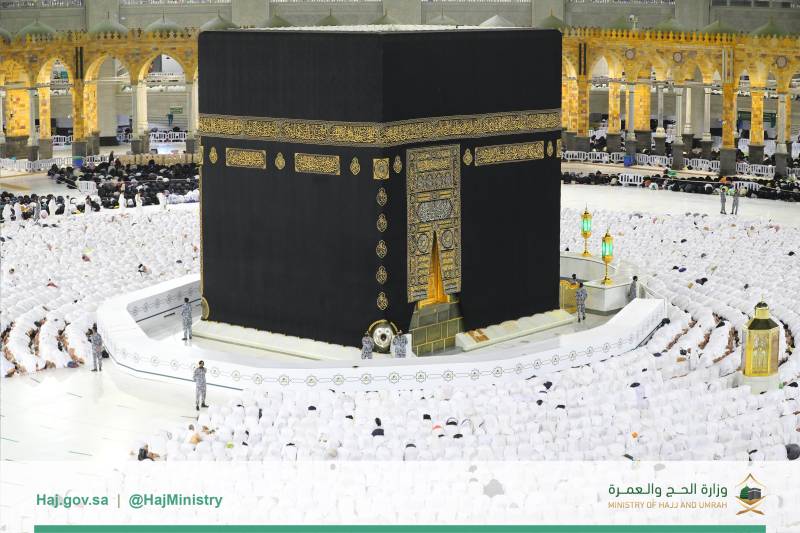 RIYADH – The ongoing Umrah season for Muslims travelling to Saudi Arabia from outside the Kingdom will end on May 31.

The Ministry of Hajj and Umrah has set Shawwal 30, the current Islamic month that follows the holy month of Ramadan and corresponds to May 31 in the Gregorian calendar, as the deadline for overseas Muslims to perform Umrah.

The ministry said in a statement: “The deadline for applying to obtain an Umrah visa for those outside the Kingdom is Shawwal 15 in coordination with the Saudi Foreign Ministry.”

It pointed out that Umrah visas for foreign visitors could be applied for through approved online platforms, adding that dates for registration and submission for this year’s Hajj would be announced in due course via official channels.

The Kingdom is gearing up to receive Hajj pilgrims from around the world for the first time in two years. The coronavirus pandemic meant that last year’s Hajj was restricted to 60,000 worshippers, all from Saudi Arabia, while numbers were limited to just 1,000 at the peak of the global health crisis in 2020.

In April, the Ministry of Hajj and Umrah announced that the Kingdom would be increasing this year’s Hajj capacity to 1 million pilgrims as part of the country’s efforts to enable the largest number of Muslims around the world to fulfill their religious duties.

However, the ministry noted that the number of people allowed to visit the Grand Mosque in Makkah and the Prophet’s Mosque in Madinah would be dictated by government health and safety considerations.

Pilgrims would be required to follow preventive measures while performing their Hajj duties, the ministry said, adding that those aged under 65 — according to the Gregorian calendar — would be required to have had full immunization against COVID-19 with an approved vaccine.