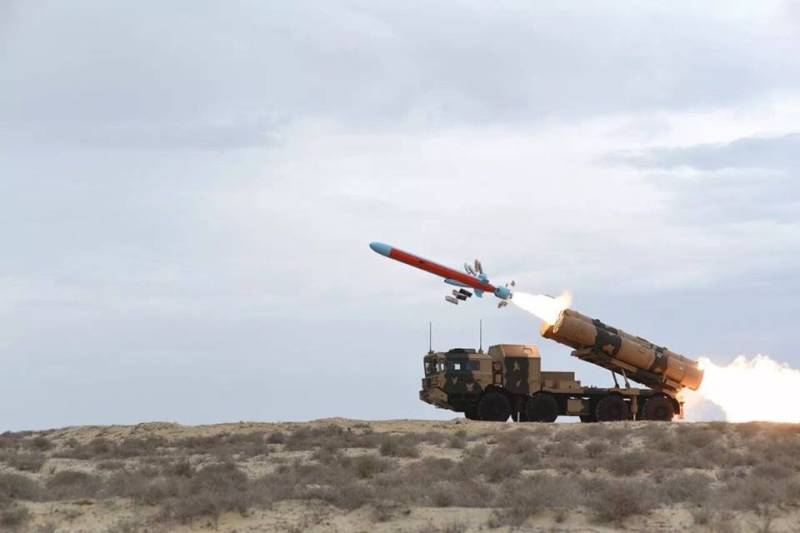 KARACHI – The Pakistan Navy (PN) announced conducted a test-firing of its Zarb land-based anti-ship cruise missile (ASCM) system (also known as the Zarb Weapon System) as part of a training exercise from the coastal region.

“The [Zarb] missile successfully followed its pre-planned trajectory and accurately engaged the target at sea,” the PN said in a statement on its Facebook page, adding that Chief of the Naval Staff, Admiral Zafar Mahmood Abbasi, was among those who witnessed the exercise.

No images or additional details of the test-firing were provided, but Adm Abbasi was quoted as saying that the “operationalisation of the Zarb Weapon System is depictive of Pakistan’s strong resolve and high level of preparedness”, adding that the PN “is fully capable of thwarting any aggression with an iron fist”.

The Admiral expressed his utmost satisfaction on the operational readiness of Pakistan Navy .

He further said that Pakistan’s pursuit for peace and stability has to be taken in the context of our quest for maintaining a peaceful coexistence in the region and not to be construed as our weakness. He reaffirmed the resolve that Pakistan Navy’s personnel remain vigilant and combat-ready to guard the sea frontiers and maritime interests of our motherland.

QUETTA – The Pakistan Air Force on Wednesday morning held an amazing demonstration of its fierce firepower at ...

The Naval chief lauded the efforts, dedication and professional conduct displayed by all participants especially the crew of missile unit, scientists and engineers for making the event a complete success.