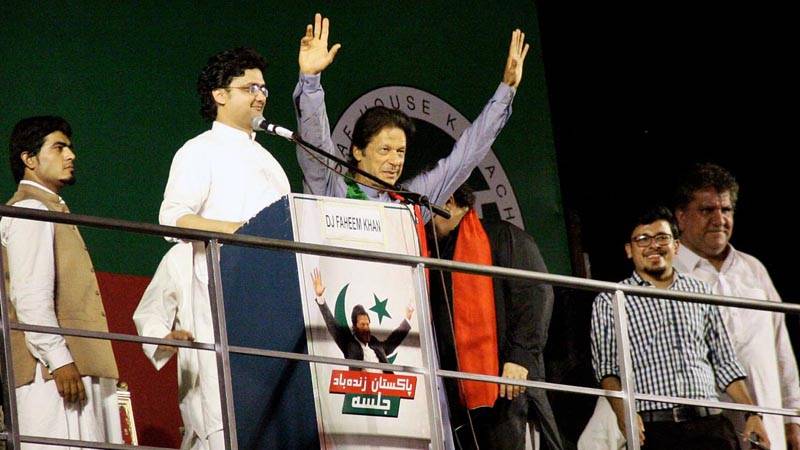 PTI Chief has stated that he still has good hopes from Supreme Court of Pakistan.

Addressing a massive rally at Nishtar Park here, Khan invited people from across the nation to hold part in Raiwind March against Nawaz Sharif.

He emphasized a need for depoliticizing police in Sindh to bring about a turnaround so that the tempo of advancement could be put in motion.

He stated he determined to travel to Karachi after he tried the anti-Pakistan declamation by MQM Chief Altaf Hussain, adding Karachi would have been the most developed city, had there been no fear.

Altaf Hussain, he mentioned, introduced terrorism in Karachi in mid-1980s, adding the Mohajir do not need to show their patriotism to anyone.

“Mohajir cricketer Javed Miandad played with me for 18 years. He always took pride in playing for Pakistan,” he insisted.

Giving a message to the people of Karachi, he said the Muttahida chief enslaved people on the basis of fear, adding, “If you want to live, do away fear of death.”

“This city had not been under the reign of terror, it would have turned into Dubai,” he appended.

Most of Karachi problems are due to lack of Local Body system, Khan said, adding the proper Local Governments system changes lives of masses.

Karachi generates as much as 60 percent of national revenues and this money will be spent in Karachi if corruption is stemmed, he stated.