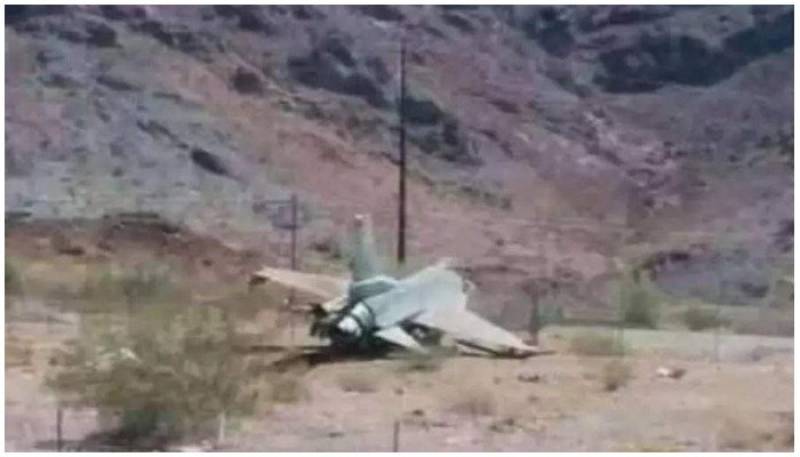 Soon after the Taliban claimed to have captured Panjshir, some anti-Taliban Twitter accounts shared a picture of a crashed F-16 jet, describing it as a Pakistan Air Force fighter jet shot down by the anti-Taliban fighters in the Panjshir Valley.

The account that Tweeted this picture was titled, Ahmad Massoud. In the bio, the person operating the account claimed to be the son of Ahmad Shah Massoud, a militia leader known as the "Lion of Panjshir", who is currently leading the local militias in the valley. However, the account appears to be fake as it has zero followers with its first-ever post made only 19 hours ago.

"The Pakistani Jet Plane that was shot down by the lion cubs,” read the Tweet. The picture has now been removed.

A fact-check investigation by dawn.com revealed that the picture was actually captured in 2018 and showed a US military F-16 jet.

Google's reverse image search showed that an article published by Military.com contained the picture in question with the details of the shot-down jet and the place of its crash. The picture was of a US F-16 fighter jet that crash-landed during a training flight within the US, near the border between the states of Arizona and California in 2018.

Seeing the viral picture, Indian media outlets went berserk and started disseminating the fake news of the jet on Monday, claiming that the jet belonged to Pakistan Air Force.

Times Now – an Indian news outlet that claims to be the most-watched English News channel in the country, shared the visuals on its Twitter handle, prompting a strong backlash.

The channel claimed that the Pakistan Air Force was "actively participating in the onslaught against the resistance and was supporting the Taliban forces."

However, soon after showing the video clip of an American F-15 flying in a valley, the channel faced a strong reaction as people pointed out that the Pakistan Air Force has no twin-tailed fighter aircraft in its inventory.

George Allison, a journalist from the UK, shared the visuals and said: "1st visuals of a fighter jet, allegedly belonging to Pakistan, hovering over Panjshir Valley in Afghanistan”, the trouble? It’s an American jet flying through Welsh valleys."

After around two hours, Times Now had to issue a corrigendum on Twitter.

“TIMES NOW erroneously ran visuals of a fighter jet hovering over #PanjshirValley in Afghanistan. The channel regrets the error and the tweet has been deleted.”