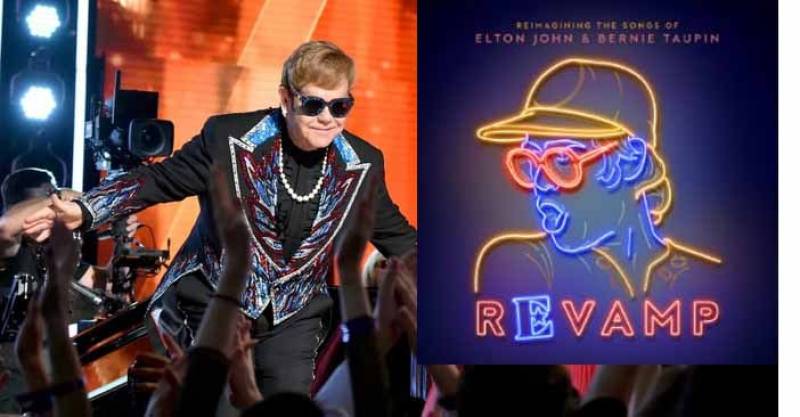 Elton John is a name in music that has inspired musicians for decades. Now more than 20 of his songs are being re-imagined and reinvented by musicians such as Lady Gaga, Miley Cyrus, Cold Play, Willie Nelson and even Ed Sheeran on two albums which were released Friday.

Among songs that have been reinterpreted include major hits such as Candle in the Wind, Rocket Man and Tiny Dance to name a few. Country inspired 'Restoration' and pop-focused "Revamp' aim to highlight the 71 year old singer's constant collaboration with songwriting partner, Bernie Taupin. In a statement, Elton John said, “Bernie and myself are thrilled when singers we admire and respect as much as those on Revamp choose to add their own unique twist in the process. It means that our music is still relevant and ultimately, that our songs continue to reach new audiences.”

The albums includes a hip hop version of 'Bennie and the Jets' featuring John himself, P!nk and rapper, Logic. Revamp also includes a folk version of Candle in the Wind by Ed Sheeran and an upbeat rendition of Tiny Dancer by Florence and the Machine.

According to singer and songwriter Ed Sheeran, “The first time I heard Candle in the Wind would have been Princess Diana’s funeral, I was six at the time but I remember my dad bringing me in and sitting me in front of the TV and being like, ‘This is really important. You have to watch this and you have to remember this."

Elton John has handed the Restoration side to country artists such as Miley Cyrus, Miranda Lambert, Little Big Town, Dolly Parton and others. According to Johnny Cash's daughter, Rosanne Cash, “Elton is a deep musicologist, He loves everything from the deepest, most obscure Appalachian songs through George Jones through deep folk music, gospel, early blues."