Nawaz knows he will go to jail if replied about offshore companies: Imran Khan 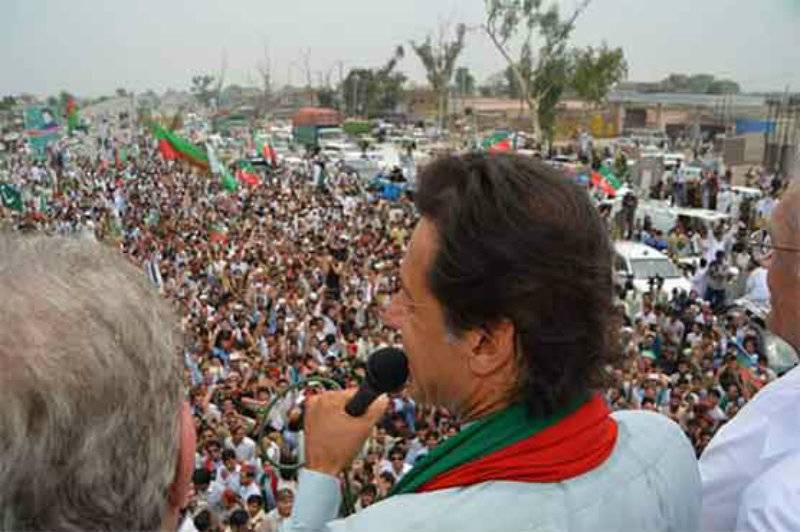 NOWSHERA (Staff Report) - Pakistan Tehreek-e-Insaf (PTI) Chairman Imran Khan has said that Prime Minister Nawaz Sharif knows that he will go to jail if he replied about his involvement in offshore companies.

While addressing Ehtesaab Rally in Nowshera, Imran said that Nawaz had established at least 12 factories during his 12-years of power.

Earlier, the PTI chief said that the independent institutions such as National Accountability Bureau (NAB) should have initiated an inquiry against Nawaz Sharif after the publication of the Panama Papers.

“The Ehtesaab Movement is a struggle to save Pakistan from the corrupt mafia and hold everybody who has looted public money accountable,” he went on to say.

Imran Khan said that the NAB was only catching the ordinary thieves while the “big fish” like Nawaz Sharif and Ishaq Dar were not being touched. Instead, the NAB is protecting them from accountability, he added.

He vowed to continue the Ehtesaab Movement till the government’s agreement with the Terms of References (ToRs) presented by the opposition parties for an investigation into the revelations of Panama Papers.

On Sunday, PTI chief Imran Khan reached Peshawar to lead the Ehtesaab Rally along with other senior leaders of the party. He was given a warm welcome on this occasion.