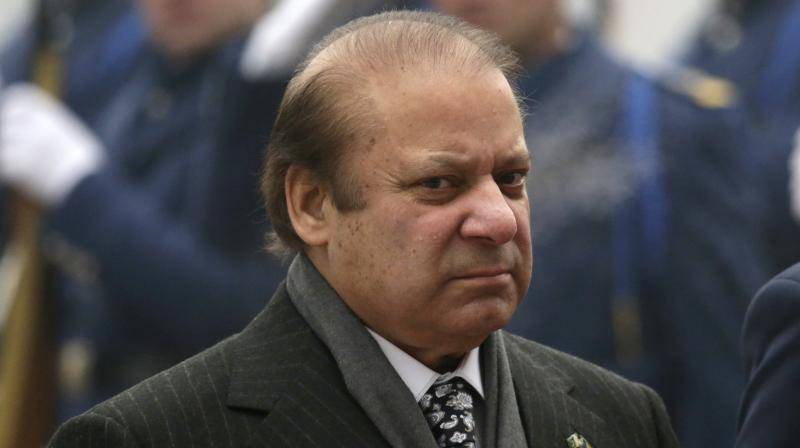 ISLAMABAD – “The decision to disqualify me had already been taken, only a justification was being sought,” ousted prime minister Nawaz Sharif alleged while discussing the proceedings of the Panama Papers case with television anchors on Monday.

Speaking to reporters in Islamabad, the former PM who was recently disqualified by the top court, asked if there were any judges in the country who could hold a dictator like Gen (retd) Pervez Musharraf accountable.

“Is there any court which can hold former dictators responsible for crimes like breaking up the country?” he posed the question.

Sharif said that his upcoming rally from Islamabad to Lahore is not "a protest" but "a journey back home". He added that he was travelling via the Grand Trunk (GT) road on Wednesday because “risks need to be taken for the country.”

Sharif repeated the allegation that the members of the joint investigation team (JIT) probing Sharif family's business dealings "were chosen through WhatsApp".

"Never have officials from Military Intelligence (MI) and Inter-Services Intelligence (ISI) been included in an inquiry," he said.

He also expressed his displeasure at the Supreme Court's decision to have a judge oversee the National Accountability Bureau's (NAB) proceedings against his family, saying it jeoparidises his right of appeal.

Sharif said he did not want to create an impression that he and his family were trying to dodge accountability.

“I was advised that I shouldn’t appear before the joint investigation team [probing into the Sharif family’s offshore firms on the top court’s orders] but I did because I respect the law,” he remarked.

The former PM said he was now focusing primarily on the welfare of the country and hot the premier’s slot but the media, the civil society and politicians need to start a debate on why no prime minister had been able to complete their full tenure.

“I haven’t misappropriated a single penny from the national exchequer and I am proud of this contribution to the country.”